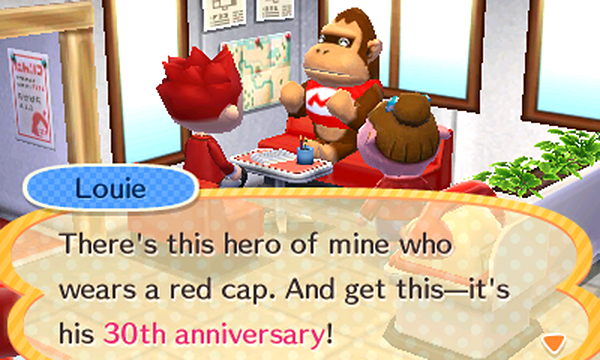 The DLC features the Mario series of furniture to celebrate the 30th anniversary last year and begins distribution for the second time on January 5th, 2016 after the previous distribution ended in October 2015.

We’re not sure yet if this is just Nintendo giving new purchasers of the game over the holidays a chance to grab the old DLC, or if it means that we have completed through the planned content already and they’ll begin to recycle DLC now like in Animal Crossing: New Leaf.


Based on the game files ripped and inspected back in August, we should expect to see at least one more new DLC with Maddie released, if not more. Hopefully this will continue afterwards.

This article serves as a quick reminder as well to grab the Nintendo Game Shop DLC with Claude soon! It’s scheduled for distribution to go until January 12th in North America, and we don’t know when it will end in Europe. Be sure to grab it in the next few days to ensure you don’t miss out!