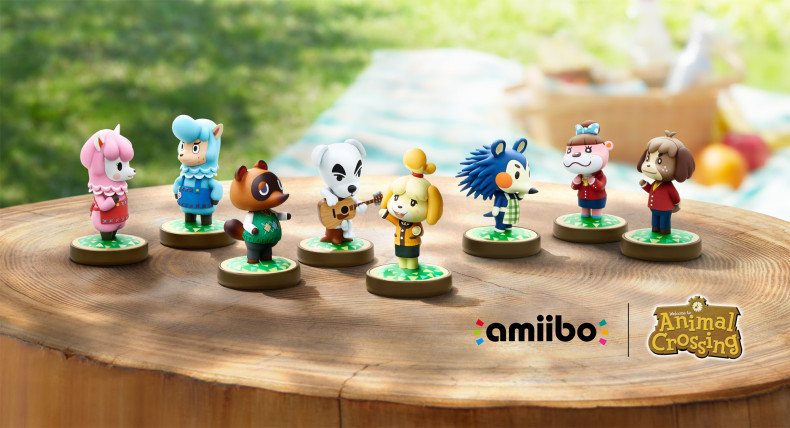 So far, a collection of 16 Animal Crossing Series Amiibo Figures have been released with no further figures set to release at this time. The collection in alphabetical order includes Blathers, Celeste, Cyrus, Digby, Isabelle (summer and winter), K.K. Slider, Kapp’n, Kicks, Lottie, Mabel, Reese, Resetti, Rover, Timmy & Tommy, and Tom Nook. For photos and links, check out the table further down this page.

The Winter Isabelle and Digby Animal Crossing amiibo figures can be purchased bundled with the Animal Crossing: Amiibo Festival game and three amiibo cards. They are also available for individual purchase.

The K.K. Slider, Reese, and Cyrus Animal Crossing amiibo figures can be purchased in a three-pack bundle. They are also available for individual purchase.

Besides these five figures, every other Animal Crossing Series amiibo figure can be purchased individually in separate packages. Those figures include Blathers, Celeste, Summer Isabelle, Kapp’n, Kicks, Lottie, Mabel, Resetti, Rover, Timmy & Tommy, and Tom Nook. Click here to search for them on Amazon.

So when do we get more Amiibo figures for Animal Crossing?
This list hasn’t been updated in a while since they have all been in stores for over a year but some entries on this list say they hav t been released yet,
And there is an additional figure that’s out but not in the list..
Isabelle in Summer outfit.

So when do we get more figures?

I figure there will be more figures announced w/ the release? maybe the Pilot or Nook in his Island Shirt? Perhaps a tropical Villager?

That would be awesome!

animal crossing is the best! it so fun u can talk to animals

I love talking to the cats.. meow