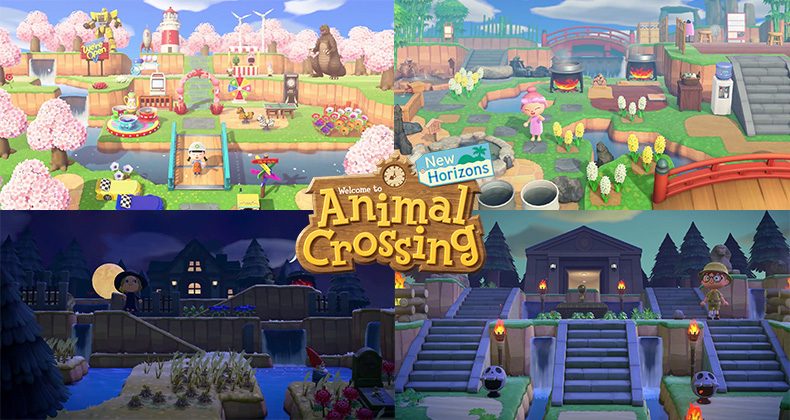 We have another exciting round of new official commercials for Animal Crossing: New Horizons showing off even more of this amazing game!

With just one more week to go until release, the two new Japanese commercials give us one of our best looks yet at the possibilities for island customization and design in Animal Crossing: New Horizons.

Some of the highlights include an amazingly decorated area leading up to the Museum with waterfalls and ramps, or a carnival of sorts with signs, games, and other attractions galore.

In addition to all of the amazing design scenes in the first commercial, the second one shows off deserted island life with a whole bunch of the villagers you’ll meet in Animal Crossing: New Horizons, ending on a lovely instruments scene!

Since some of the most exciting scenes in the first commercial went by so quickly making it difficult to spot all of the details, check out a few awesome looping clips we made below to see everything.

Finally, we have one more new commercial from Nintendo Italy. It doesn’t show off too much in terms of interesting new gameplay footage, but it’s still worth a quick watch below.

What are you most excited about seeing in these new commercials and how are you passing the time until next week? Let me know in the comments below — I’m hype as heck for that Museum scene!

That confirmed Bday parties, and that animals will, like, “hang out” with you? Normally they just wander around randomly. How would that work?