Reminder! Animal Crossing: Sweet Day releases as part of Nintendo Land for the Wii U tomorrow!

You got me. This is an Animal Crossing: New Leaf Blog. But it won’t hurt to talk about Sweet Day for a little bit will it?

For those who haven’t been paying attention, Nintendo’s next generation home console Wii U releases in North America tomorrow. (Nov 30th in Europe, Dec 8th in Japan) One of the first games for the system is Nintendo Land which features mini-games from all of Nintendo’s famous franchises.

Of course, Animal Crossing is included in form of a mini-game titled Animal Crossing: Sweet Day. The game revolves around collecting Candy as the name implies. You and up to three other friends will travel around the level collecting candy as a team. 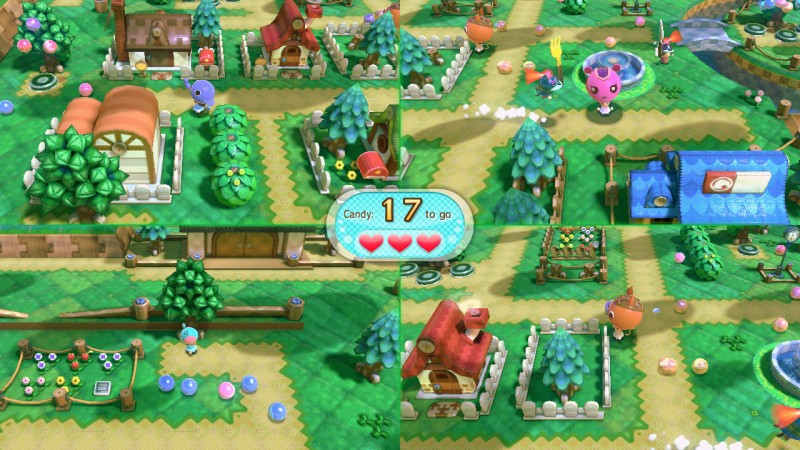 If it sounds confusing, that’s because it is. Watch this corny family video from E3 2012 below:

Thoughts on this? Are you getting Nintendo Land? I think it could be a bit of fun, even if this game really has nothing to do with Animal Crossing besides having some artistic similarities.