Animal Crossing Plaza on Wii U gets a free update including Stamps, Character Rankings, and Resident Registration 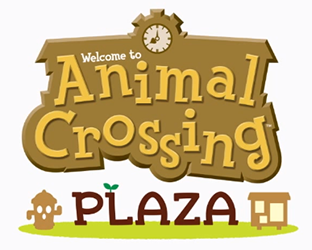 With the latest update though, the drawings in the community are sure to get a nice boost from the new Stamps feature. When creating doodles inside the Animal Crossing Series community, you can add multiple stamps from a new Animal Crossing stamp gallery provided by Nintendo. These stamps include characters, fruits, and more.

The other major new feature to the Plaza is a new monthly character ranking system. Each month through the end of 2014, Nintendo will introduce a new poll question for players to rank Animal Crossing: New Leaf characters by. The system kicks off with November’s ranking: “Who would make the best secretary?”. (obviously not Isabelle, that’s for sure!) Be sure to place your vote!

The improvements don’t end there though. You can also now register up to 10 characters as your residents, which will ensure they appear on the TV in your Plaza always, not just on a random basis. Additionally, there are some minor tweaks to the photo albums. Moving and deleting photos in bulk is now possible, as well as saving photos from Miiverse posts to your album.

The update is available to download as you read this, and if you haven’t already downloaded it before, just head to the Nintendo eShop on your Wii U to download Animal Crossing Plaza for free. Remember that the application is expected to close in December 2014.