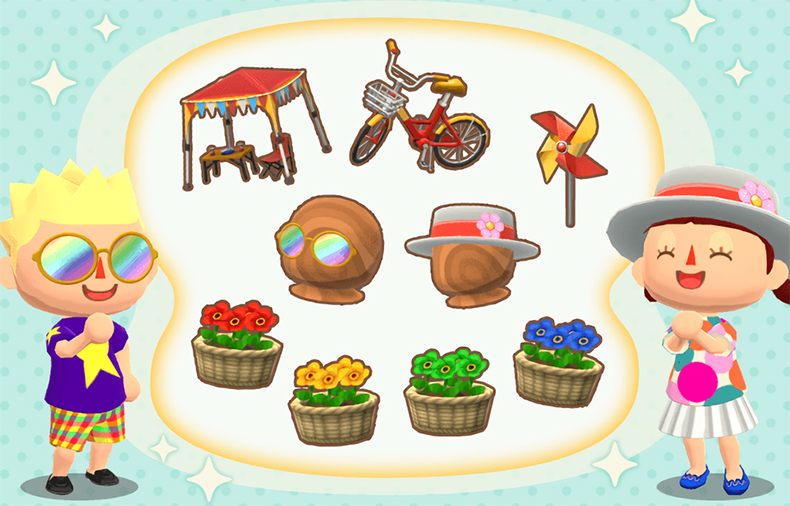 The ongoing Fishing Tourney #5 event hasn’t even ended yet, but there’s another event beginning in Animal Crossing: Pocket Camp starting today with new items including exclusives to both Android and iOS.

Unlike previous gardening events with rare creatures constantly needing to be caught to complete tasks, the new Flower Festival is a bit more laid back. Just plant your flowers, cross-pollinate them with others to get different color seeds, and trade in the harvested flowers directly for event items!

Here’s a complete list of the event items available to trade flowers for in the Flower Festival:

As you’ll have noticed above, three of this event’s items have exclusive color variants for each smartphone platform. Android devices are getting the rainbow versions to promote the colors of Google Play who appears to be sponsoring this event, while iOS devices will be receiving the red and yellow variants without Google branding.

The exclusive Google Play clothing originally released in December 2017 is coming back as well, in case you weren’t playing Pocket Camp on Android at the time. Those items include the rainbow cap, Isabelle tee, and K.K. Slider tee. Click here for our complete guide on logging in to Pocket Camp on another device to get exclusive items for Android!

Check out our complete Flower Festival guide for Animal Crossing: Pocket Camp with everything you need to know to cross-pollinate flowers and get every item! The event ends on Tuesday, August 28th at 11PM Pacific Time.