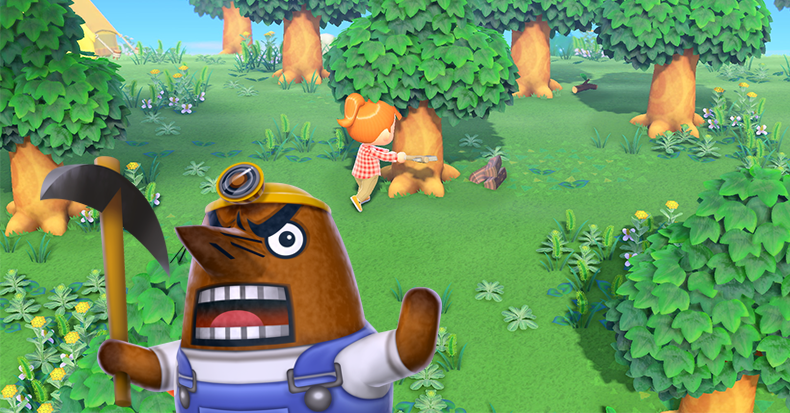 It looks like forgetting to save your game and losing out on potentially hours of progress will finally be a matter of the past in Animal Crossing: New Horizons.

In a new interview with Mashable, Animal Crossing: New Horizons Director Aya Kyogoku revealed that the game will feature an auto-save function for the first time in the series! With this new feature, she said you can stop playing the middle of your session and still have your progress saved.

While that might sound promising for players, it turns out to be very bad news for our old pal Mr. Resetti! Since there’s not really any form of resetting, he’s unfortunately suffered from layoffs at his job with the Reset Surveillance Center.

“I think this will be a positive thing for the player, because in New Horizons you can stop playing in the middle of your game and it’ll still save,” says Kyogoku. “But unfortunately because there’s no necessity to reset the game or reset button on the Switch, Mr. Resetti had a hard time. He was laid off from his position.”

“We also believe that Mr. Resetti is looking for a new job after his layoff. So please look forward to that,” Kyogoku teases, potentially hinting that he’ll assume a new role.

Finally, as interesting and helpful as auto-save might be for some players, it could be problematic for others depending on exactly how the function is implemented. We don’t yet know exactly how often the auto-saving will occur, or what actions may trigger it.

For example; will the auto-save kick in immediately after selling items, running over a flower, or picking an option in villager dialogue? If so, mistakes made with those actions will no longer be easily reversible by the user via resetting as is currently the case in Animal Crossing: New Leaf.

Or could there be a recent history of auto-saves to select from in a menu when loading your file, similarly to The Legend of Zelda: Breath of The Wild’s auto-saving system? This might be the ideal setup for players who enjoy resetting, but it does seem a bit unlike Animal Crossing to have such a menu. 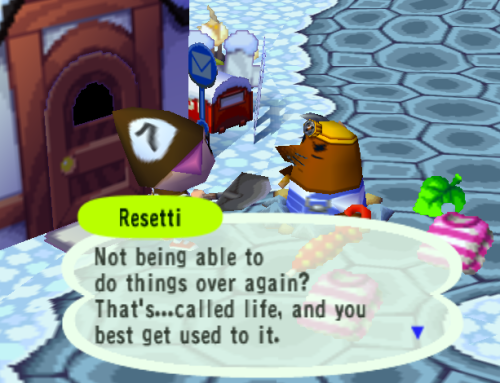 It’s worth remembering though that the Resetti character was originally designed for the sole purpose of screaming at the player for resetting or turning off their system. Presumably, the developers would prefer you not to play the game by resetting then!

What are your thoughts on this news? Are you happy to see an auto-save function introduced to the series or are you concerned about the implications for resetting? And what new job will Resetti pick up in this economy? Let us know in the comments below.