Olivia, Cole, Jeremiah, and 7 more new villagers arrive in Pocket Camp — here’s how to unlock them 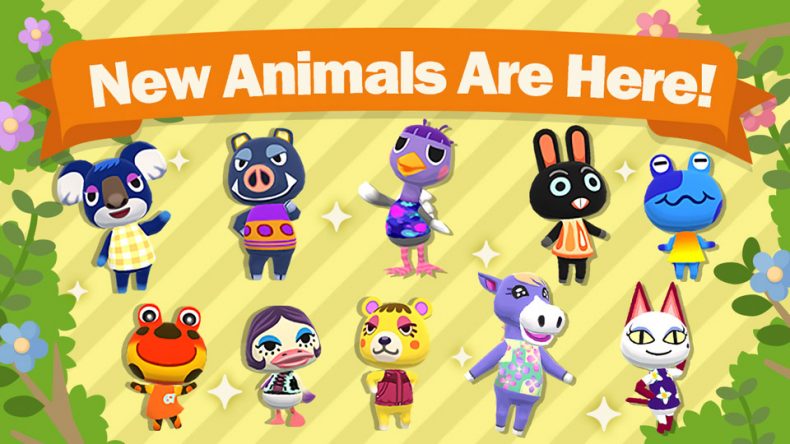 It’s been a long time since Nintendo has released new villagers in Animal Crossing: Pocket Camp, aside from the Sanrio promotion, but it’s finally time for a new set of arrivals to the game!

In today’s update to Pocket Camp, a fresh round of ten new villagers have been introduced bringing new friendly faces and furniture to the game for collecting.

If you’d like to invite any of these new villagers to your campsite, they have been added through the Villager Map system requiring you to both acquire their map using Gulliver’s islands and unlock the villager by playing the treasure map with Blathers.

It’s a rather exhausting process including a healthy reliance on luck, but you can get started by heading to Gulliver’s Ship at the bottom of the map.

When you open up Gulliver’s Ship, three random islands will be shown to you as options to explore. Check them all out and if you’re lucky, one island will be one of the three new islands added to Pocket Camp in this update for the new villagers.

You’ll be looking for the Olivia and Pals’ Island, Tammy and Pals’ Island, or Cleo and Pals’ Island to pick up a new villager from this set. If you see one of them, then tap on it and load up Gulliver’s ship with enough materials to reach 140 points. When the ship returns, you’ll have a chance to receive one of the new Villager Maps attached to that island.

If you don’t see one of these islands available though, then you’ll need to do a refresh. You can do your first one for free by pressing the button in the top right to get three new islands. If you need to do more refreshes afterwards without waiting 48 hours, it will cost you 10,000 Bells per refresh.

Each of the three new islands featuring these villagers has either 3 or 4 Villager Maps, 1 Leaf Ticket Map, and 5 types of treats as the possible prizes. This means that on your initial cargo run to an island, you’ll only have about a 50% chance of even getting one of the villager maps! Of course, your odds will improve once you collect some of the other souvenirs.

Finally, after you successfully manage to fetch one of the Villager Maps from Gulliver, you can head over to Blathers’s Treasure Trek to play the map and unlock the villager at last. Whew! Now just do this nine more times for all of them…

So, what do you think of the ten new villagers joining Pocket Camp today? Which one is your favourite and who else would you like to see in Pocket Camp that hasn’t yet been released? Let us know your thoughts in the comments below!

hello! so i have gotten cole and i currently have him to level 10 but i’m stuck on how to get him to actually go to my campsite. i don’t see any requirements for him in order to join but i have no option to invite him. hope you can help!

You can just invite him straight away to your campsite actually. I had a really hard time with this on one of the newer friends. I couldn’t find where you invite him so I added him as a favorite and then went to the screen where you can invite or send home animals, clicked on favorites and he showed right up to invite. Hope this helps.