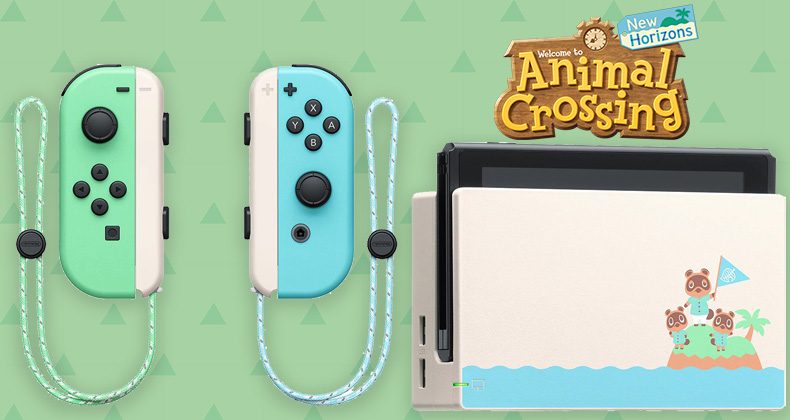 Loving the look of that exciting new special edition Animal Crossing: New Horizons Nintendo Switch, but not quite ready to drop the cash for an entire new system? Japan has a plan for that!

Unfortunately, the Japanese website clearly states that the items are available as ‘only domestic delivery’ or in other words only deliverable to a Japanese mailing address. Given that these appear to be Nintendo Store exclusives too, it could be quite difficult to get our hands on importing these overseas.

Assuming they aren’t made available to other retailers like Amazon Japan or Play-Asia, the only reliable way to import the standalone Animal Crossing Joy-Cons or Dock would be to use a mail forwarding service in Japan. That can quite expensive though so hopefully it won’t come to that.

Regardless, it’s still great to see that Nintendo is selling these parts on their own anywhere at all! We’ll just have to hope availability expands to other countries, or at least to other retailers within Japan that can let us ship overseas.

Oh and I left the best for last — you can actually purchase the special edition system box from the store for just five dollars. Yes, the BOX!