It’s been a big week for video game delays across the industry with popular titles like Final Fantasy VII Remake and Cyberpunk 2077 both seeing a delay from their previously announced release date.

Consequently, we’ve been seeing some concern going around lately in response about whether Animal Crossing: New Horizons could possibly see a delay from its planned release on March 20th, so here’s five reasons why that’s almost certainly not going to happen.

We’ll just start with some facts — it’s incredibly rare for Nintendo to delay a major game* with a specific release date announced. You may think of Nintendo as a company with frequent delays, such as The Legend of Zelda series, but those are almost always delays from vague release windows of a year or quarter of the year.

Nintendo actually has an excellent track record when it comes to their major games with announced release dates. With a combination of internet digging and my own memory, the only example I could find in the last 15 years was Super Smash Bros. Brawl in 2008. Yes, 12 years ago.

Suffice to say, Nintendo doesn’t set specific release dates for their major games* unless they are beyond confident they can make them. Once in 12 years is a pretty safe track record that I’m willing to believe in!

*Yeah, a Brain Age game was delayed for Europe in 2013, no I’m not counting that before you leave a comment reminding me how wrong I am to forget this game.

There’s A Commercial Airing With The Release Date

It’s been a few weeks now so it’s easy to forget, but Nintendo actually launched a TV commercial in Japan for Animal Crossing: New Horizons at the very beginning of the year!

That commercial contained none other than a March 20th release date featured prominently on the end screen next to the game’s box art. You just don’t spend the money producing and airing that without being absolutely certain you’ll make the date!

The Director Is Still Promoting The Release Date

Another reason why you shouldn’t be worried about a delay for Animal Crossing: New Horizons? The game’s director Aya Kyogoku is actually promoting the March 20th release date herself on Twitter!

If there were a potential delay even slightly in the works, I don’t think she would be going so far as to promote the release date on her personal profile. The same goes for setting the date in the first place at E3 2019 too, they don’t make these decisions lightly.

Actually, Waiting This Long For News Is Totally Normal

Finally, one of the other reasons that some fans seem concerned about a possible delay for Animal Crossing: New Horizons is due to a perceived lack of major news on the game. While this comes in many forms, the main sticking point lately has been the desire for a dedicated Animal Crossing Direct and fans wondering why there hasn’t yet been one.

Despite how it might seem for us super fans (yours truly included, I’m impatient too!), it’s actually completely normal to still not yet receive the kind of information dump by this point that many are waiting for.

To show how this is the case, we can look to three different major Nintendo releases in the last few years for examples:

And perhaps most important of all, our very own Animal Crossing: New Leaf received a special Nintendo Direct on October 5, 2012 only 34 days before the Japanese release on November 8th.

As you can see, there’s no need to be alarmed at all that there hasn’t yet been an Animal Crossing Direct or general Nintendo Direct featuring the game! With 62 days to go before release day, there’s plenty of time still remaining, so buckle up.

Nintendo Has No Other Major Spring Games

Even if Animal Crossing: New Horizons isn’t quite 100% ready for its release, it would seem Nintendo might not have any choice but to release the game anyway.

Based on what we know about the company’s release schedule for the Nintendo Switch right now, New Horizons is being expected to heavily carry the first half of the year. 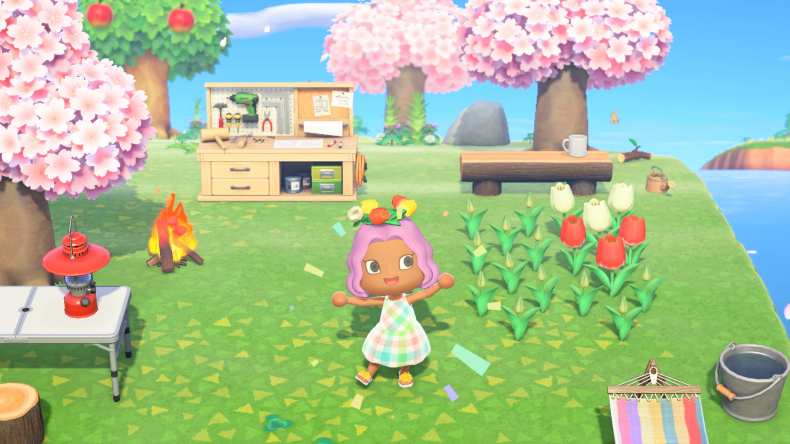 The only two other Nintendo published games with upcoming release dates on the calendar are both remakes in the form of SNACK WORLD: THE DUNGEON CRAWL and Pokémon Mystery Dungeon: Rescue Team DX. Pokémon might be a big franchise, but a remake is not enough to replace a major original title like New Horizons!

While there are surely unannounced games on the way, and other known games without dates like Breath of the Wild 2, it’s doubtful we will see any arrive before May at the earliest or they would have already been announced at this point.

In summary, there’s no reason to believe Nintendo will be delaying the release of Animal Crossing: New Horizons from the scheduled date of March 20th and you should expect the game to launch on schedule.

I know it’s hard waiting for new information on the game and being left in the dark, but we’ve just got to calm down and everything will fall into place soon. There’s not long much longer to go everyone!

Fire Emblem was delayed from vague release windows such as ‘Spring 2019’ and ‘2018’, not an actual release date! In this article, I’m discussing how Nintendo games with specific release dates (such as March 20th) are rarely delayed.

Good article! I hope they put out an Animal Crossing themed Switch stylus in Canada on top of the game they are planning to release.

animal crossing: new horizons was already delayed once. it was supposed to come out, fall? of 2019. they pushed the release date into 2020.

yeah but what he means is since it has an actual release date now, it shouldn’t be delayed.

Oh look, you point out the actuality, and these little kids vote down on the comment. You can tell the average users are 10 to 12 years of age.

“Why Animal Crossing: New Horizons Won’t Be Delayed AGAIN” there, fixed. Why have you forgotten about its 2019 release push back?