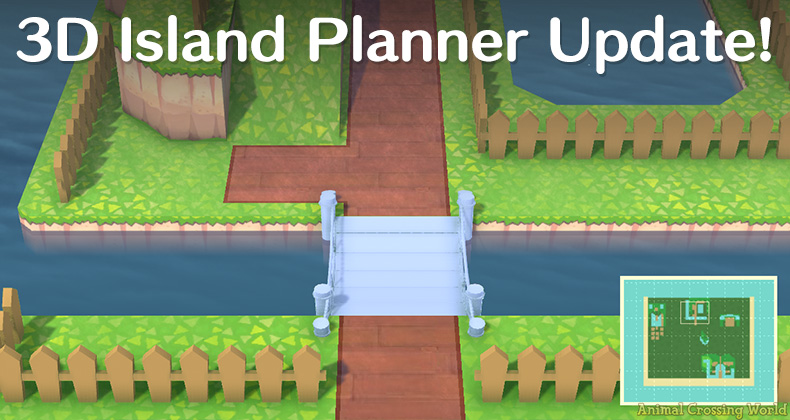 The new 3D Island Planner for Animal Crossing: New Horizons released earlier this week was a huge hit, and the developers are back at it already with a new update bringing some highly requested features!

The main highlight addition to the application with this latest update is definitely the introduction of Fences. Now you can use the brand new Fences tool to plop down fences anywhere you want as part of your island designing process!

Fences created using this tool nicely connect to each other automatically as well, just like they would in-game. Only the Simple Wooden Fence design is available right now, but we’re hoping that other fence designs from Animal Crossing: New Horizons might added in the future. 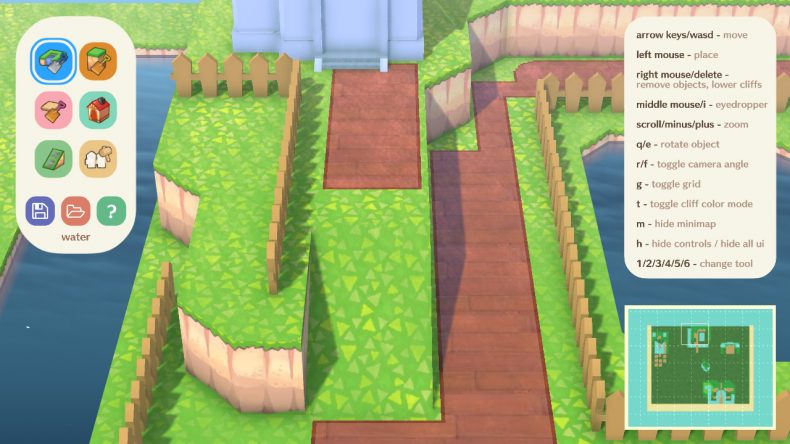 Perhaps just as exciting as fences, a brand new mini-map in the bottom right has been added to the 3D Island Planner bringing an easy way to review your entire island design as a whole. We saw this feature highly requested after our first article, and we’re super glad to see it implemented now!

Another nice addition in this latest version of the 3D Island Planner is a handy keyboard shortcuts and controls menu on the right side of the screen, since many of the helpful shortcuts weren’t particularly obvious to everyone.

We heard a lot of users wanting a grid layout option to be added before, which actually existed already in the previous version by using the G key shortcut, so hopefully this new controls menu helps discoverability for features.

And speaking of keyboard shortcuts, you can now hide the user interface by using the H key (and M key to hide the mini-map!), which will be great for taking screenshots to share online on social media!

Finally, a number of minor bug fixes have been made for small improvements. These fixed issues include incorrectly being able to place paths on inclines, cliffs and water intersecting sometimes, graphical issues with path displays on some computers, and a mistake with house sizes.

Check out the latest version of the 3D Island Planner application on Itch.io yourself here! If you like what you see, consider making a donation to the developers on the page to support continued work on the project.

For more details on the 3D Island Planner, read our original article showcasing the application earlier this week or watch our YouTube video on it. Finally, be sure to check out our Animal Crossing: New Horizons Guides page here for more information on the game.

How exactly do I get this?

The links are at the end of the page 😉