Animal Crossing: New Leaf is now listed on the US eShop for… $35?

We’re now just 2 months away from Animal Crossing: New Leaf’s release in North America and fittingly so, the game is now appearing on the US eShop when you search for it. It’s not too exciting to see a listing but what’s interesting is the price.

The typical price for a new first party Nintendo 3DS game in the United States is $39.99, but Animal Crossing: New Leaf’s official price point appears to be $34.99 instead. We’ve seen some retailers drop their price to $34.99 lately, but it may actually be the standard price and not a discount.

I’m not really sure exactly why Nintendo has chosen to price New Leaf at $35 but I’m not complaining! A discount is always appreciated. Perhaps Nintendo is hoping to attract new players with a lower price point. What do you think the reason is? Leave us a comment below.

(thanks DrewAC and Prof Gallows)

A Closer Look at Club LOL/101 in the English versions of Animal Crossing: New Leaf

If you’ve been watching the recent videos out of PAX East, you’ve probably noticed that in all of the videos the presenter says “Club LOL”. Previously, we were under the impression it was called Club 101. At first, we thought it may have been a mistake but that may not be the case. Keep reading to learn why… 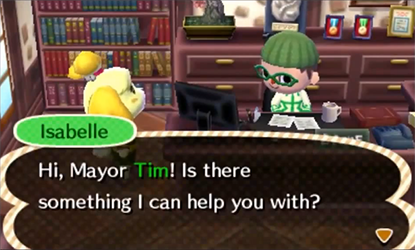 As with any video game localized to another region, some of the names for buildings and characters have been changed in the English versions of Animal Crossing: New Leaf from the Japanese version.

Some eagle eyed members on The Bell Tree Forums have spotted a few of these changes in the English footage released! Keep reading to see a list of what’s been spotted so far:

Localized versions of Animal Crossing: New Leaf will include an exclusive feature

According to Bill Trinen in the latest Nintendo Direct, the North American version (and we assume Europe) of Animal Crossing: New Leaf will contain an exclusive feature.

He wasn’t quite willing to give up exactly what that feature might be but right after mentioning it, he talked about the online connectivity features in New Leaf so it may be something to do with that.

If I had to guess, I would say the feature might be the ability to use the StreetPass house sharing feature online as StreetPasses are more difficult to find outside of Japan. Of course, that’s just my speculation! Have an idea as to what it might be? Leave a comment below! 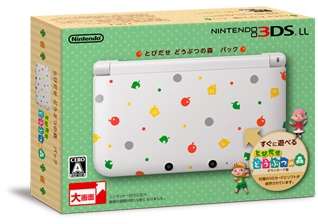 It’s been speculated for a while but now it’s been confirmed that Animal Crossing: New Leaf won’t be releasing in the first quarter of 2013. (January-March) Nintendo published a press release yesterday with the full Q1 lineup for North America on 3DS and Wii U with New Leaf missing entirely from the list. Continue reading below to the see the full list:

A quick look at Igloos in Animal Crossing: New Leaf

Fans of the original Animal Crossing on the Nintendo Gamecube are going to appreciate this! In Animal Crossing: New Leaf, the villager Igloos during the winter have returned. These Igloos will popup temporarily in your town during the Winter with a villager living in them. You can chat with them or…

In the Gamecube version of the Igloos, you could play a game with the villager inside for a chance to win exclusive Winter themed items! It’s unknown so far if this is still the case in New Leaf but here’s a list of the exclusive items obtainable on the Gamecube: