Animal Crossing: Wild World is coming to the Wii U Virtual Console in Europe later this week

Oh man! Nintendo of Europe has just announced that Animal Crossing: Wild World is coming back on the Wii U Virtual Console very soon.

Animal Crossing: Wild World was originally released on the Nintendo DS almost ten years ago back in late 2005. It was one of the very first Nintendo games to feature online play, next to Mario Kart DS.

Back then, Animal Crossing was a largely unknown franchise to most gamers with Wild World being the only the second game to release overseas. It’s amazing to see how far the series has come in just ten years time since then.

While I played the original game on the Nintendo Gamecube, my Animal Crossing obsession truly began with the release of Wild World. If you’ve never played it, I highly recommend you give it a try. It may not be the most feature complete Animal Crossing game and has many flaws, but it is such a different experience than say New Leaf.

Players in Europe can download Animal Crossing: Wild World from the Nintendo eShop this Thursday, November 19th for €9.99 / £8.99. There’s no word on a release in North America yet, but Nintendo of America does not announce their download titles until later in the week.

The press release unfortunately confirms the online and multiplayer features of Animal Crossing: Wild World are not available. Note that Nintendo Wi-Fi Connection was shut down back in mid-2014. 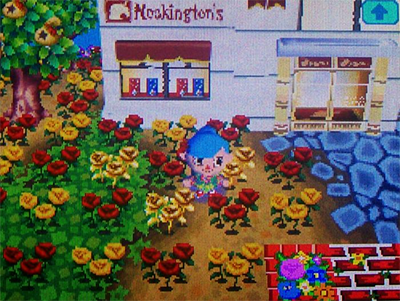 Speaking of that, it’ll be interesting to see if Nintendo has edited the Virtual Console game at all to deal with Nookington’s. In the original version, a visitor from another town must visit your town and purchase an item from Tom Nook’s store to unlock Nookington’s.

If the multiplayer and online features are inaccessible, it would be impossible to upgrade the store in the Virtual Console version.

Here’s the official description from the press release:

Welcome to the friendly village of Animal Crossing! Every player’s village is unique and it’s up to you to decide how you spend your time there, and which characters you befriend. Time will pass in real time, so different activities and surprises happen depending on the time of the day. Return to the village frequently to discover special events only happening on certain dates, such as birthdays and other celebrations. (Online and multiplayer features are not available in this version.)

Will you be downloading Animal Crossing: Wild World on the Wii U Virtual Console soon? Let us know in the comments below, and if you’ve played it before!