The first Nintendo Direct presentation since the announcement of Animal Crossing for Nintendo Switch back in September last year is almost here!!

The specific details on this Nintendo Direct are pretty limited, but what we do know for sure is that it will cover Fire Emblem: Three Houses and other upcoming Nintendo Switch games. As for run-time, the presentation will be about 35 minutes long.

While we can’t say for certain whether Animal Crossing for Nintendo Switch will make an appearance or not, we think that’s definitely likely to happen. It’s been nearly a full 6 months since the game was first announced at the last Nintendo Direct in September 2018. Assuming the game is still on track to release this year, it would be weird not to hear anything about it!

You can catch the Nintendo Direct presentation beginning on Wednesday, February 13th at 2PM Pacific Time / 5PM Eastern Time over at Nintendo.com or the company’s YouTube and Twitch channels. As always, you can expect to find any and all relevant Animal Crossing news right here after the show!

We are waiting for the Newest Animal Crossing! I want to shop and plant flowers! Hurry! Hurry! 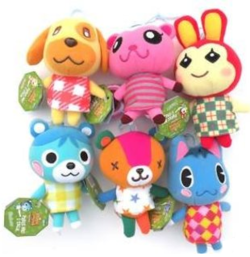