Villagers are an essential part of every Animal Crossing game, and the upcoming New Horizons should be no different! They’re the lifeblood of your town as your neighbors, friends, and occasional trading partners.

In this article, we’ll list every villager that we know will be in New Horizons and has been confirmed in a screenshot or trailer so far. With the initial E3 reveal, we had only seen 6 villagers to start and another 14 more have been spotted in the new September Nintendo Direct trailer.

As we get closer to the release date on March 20th, 2020 this list will continue to be updated as new villagers are revealed as Nintendo releases more information. Eventually, we’re certain to see new entirely never before seen villagers for New Horizons!

Without further ado, here’s our complete list of every villager we’ve seen in Animal Crossing: New Horizons so far, updated as of the new footage from September 4th’s Nintendo Direct presentation. 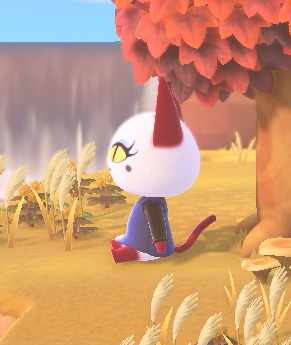 Well, that’s all of the villagers we’ve seen so far in Animal Crossing: New Horizons! Stay tuned to this article for more updates on villagers included in the game when they’re revealed.

Be sure to let us know in the comments below if you’ve spotted a villager we missed and where you did, so we can add them to the list and make it the most complete one around!

If Nintendo knows what’s good for them..they had better include all the past villagers or else someone out there is gonna be very disappointed.

1
Reply
hedgehugger
Reply to  Amanda B

I’m so scared Hazel isn’t coming back. She just feels like the type to not come back honestly, so I wouldn’t be surprised.

Hazel is coming back! She has a sprite released for her already and im so excited to see her and her unibrow again lol

Wow they actually made a gorilla villager look appealing.

Where the hell is Cherry? She is my favorite villager since her first debut.

Fauna will always be best girl <3