We previously wrote last week about how the official Animal Crossing Twitter account had announced it would cease posting Pocket Camp content in the near future moving it over to a new separate dedicated Pocket Camp account.

While it wasn’t explicitly said by Nintendo at the time, we theorized that this likely meant the company was preparing to transition the general Animal Crossing Twitter account over to a feed focused on Animal Crossing: New Horizons and keeping the daily Pocket Camp updates away. 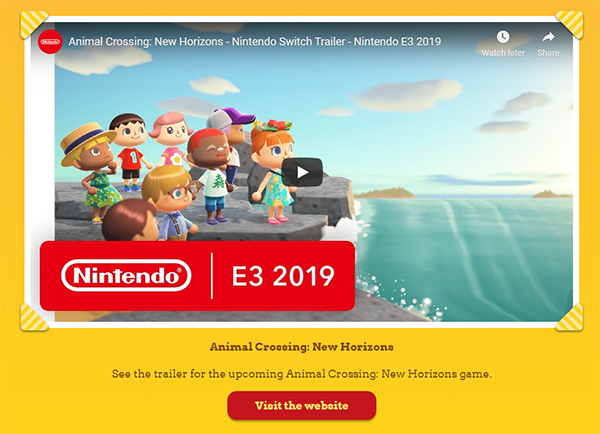 Before you get too excited, that official Animal Crossing: New Horizons website is essentially a temporary mini-site right now and just repeats the same information we learned at E3 in June. It looks as if Nintendo is getting everything ready with the new button though for when they upload the real complete website soon!

Remember that Isabelle said last week that starting ‘next month’, the new Pocket Camp Twitter account would become the go-to source for Pocket Camp news — that’s about 6 days away from today.

So if the New Horizons tweets begin after that, we could possibly see our promised news updates for Animal Crossing: New Horizons beginning in as soon as a week from now… get excited everyone!

Are you looking forward to Nintendo rolling out some new information or videos on New Horizons at last? What would you like to see shown off first? Let us know your thoughts in the comments below!

I’m personally hoping that we finally get some sneak peeks at where or how we’ll find many of our favorite Animal Crossing characters and locations return like the Museum with Blathers, the many shopkeepers, and of course Isabelle.

YESSSSS! I agree! This all definitely points to news soon! I want to know about the Dodo Airport we saw on the map, which (if any) new animals will make it in (maybe a new species), new furniture series, and also where the shops will be located and how they will get there since it seems as though the island is completely bare when you arrive. I’m wondering if that airport will end up being similar to the City Folk bus and be a way to exit the Island to travel to a different location with shops. I’m crossing my… Read more »

Fine, but it’s still coming out in March. No point in getting all amped up for nothing.