With the fourth and final series of Animal Crossing amiibo cards hitting Japan in just a matter of days, Nintendo recently revealed the complete roster of cards in the series.

For a complete sort-able and searchable listing of every character from Series 4 in English, check out our list here. 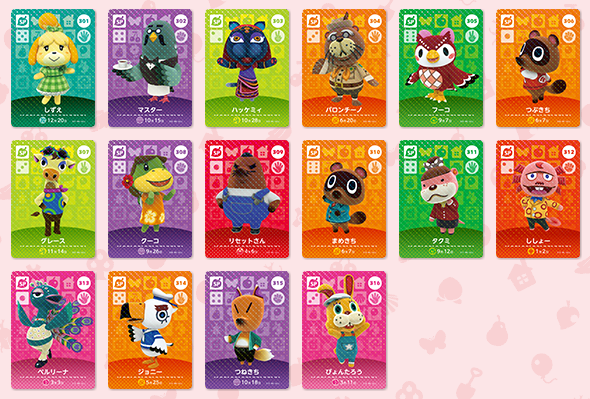 In addition to our list in English, check out the official Japanese website here for a look at the Japanese cards alongside design inspiration for the characters. Click on each card to see a screenshot of a home designed by Nintendo for the associated villager.

Animal Crossing amiibo cards Series 4 launches next week in Japan on March 24th and is currently scheduled for release sometime this June overseas. In the meantime, the third series hits later this week on March 18th in North America and Europe. See a full list of the cards included in series three here and pre-order from Amazon here.