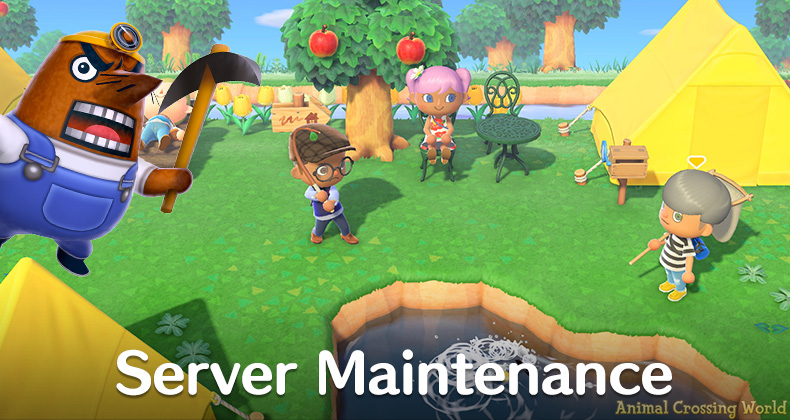 We received an in-game notification on our Nintendo Switch while playing Animal Crossing: New Horizons alerting us of the incoming maintenance set to begin shortly at 6PM Pacific Time / 9PM Eastern Time.

As for exactly what this server maintenance is intended for, we really can’t say for sure yet, but Nintendo has brought the game servers down at a similar time previously to release new updates for Animal Crossing: New Horizons.

So if we had to bet, there’s likely a minor bug fixing update planned for release at 6PM Pacific Time tonight when the servers go down for maintenance. That’s not guaranteed at all though.

If there is an update, one glitch that we’d definitely expect to be resolved would include the breaking of some Zen bridges preventing players from crossing over them. That sure seems like a major enough glitch to deserve a speedy update like this.

Another bug found in the recent Summer Update that might be fixed is the oddly high occurrence of ‘thinking’ thought bubbles on villagers, which then disappear shortly after without any actual dialogue typically associated with the thought bubbles.