In addition to the two new DLC items revealed yesterday, Nintendo and Best Buy have announced a partnership for exclusive items through Nintendo Zone hotspots at select Best Buy locations throughout the summer. Keep reading for details…

The Rainbow Screen is the first DLC item that players in North America will experience as it will be available for download during the month of June. It resembles 2 clouds with a nice rainbow going across between them.

The Palm Tree Lamp will be available for download during the month of July. It functions as a nice lamp with a tropical palm tree theme.

Both of these items can be downloaded through SpotPass at the in-game Post Office on Main Street. Just speak to Pelly or Phyllis to receive your free item gift!

In celebration of Golden Week in Japan, Nintendo has announced that the Golden Watch item will be sent to Japanese players starting from April 26th through May 9th.

The Golden Watch will be distributed through in-game mail, rather than the kiosk at the Post Office that other recent DLCs including the Leaf Bed DLC announced today have used.

UPDATE: According to TheBigJC, the Golden Watch is actually already an item in the game and it is merely being sent out for free through in-game mail to celebrate Golden Week.

The latest DLC item coming to Animal Crossing: New Leaf has just been announced by Nintendo. Players of the Japanese version of the game will be able to pick up a special Leaf Bed DLC item via SpotPass at the Post Office starting May 1st through May 31st.

If you haven’t yet received the previous Cherry Blossom Clock DLC, you have about 5 days left as the item ends distribution on April 30th. Also, check out the Golden Watch DLC announced today as well!

The latest DLC item coming to Animal Crossing: New Leaf has just been announced by Nintendo. Players of the Japanese and Korean versions of the game will be able to pick up a Cherry Blossom Clock through Spotpass starting April 1st until April 30th.

Don’t forgot to pick up your Futaba Table DLC if you haven’t yet, its distribution period ends on March 31st! Both Japanese and Korean players can receive the item. 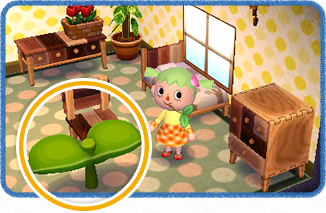 And yes, it’s coming to South Korea as well at the same time. It seems that the plan going forward is to release all DLC to both regions simultaneously. Good news if you ask me.

A second set of 7 Eleven Promotional Items are coming to Animal Crossing: New Leaf in Japan 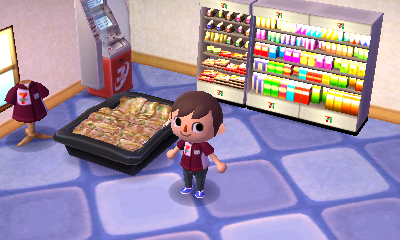 You may remember that back in December, Nintendo released a set of promotional items for 7 Eleven. Apparently, the promotion was a success as a second set of new items are releasing in March and April! Keep reading for all the details: