An exciting new update has just been released to download for Animal Crossing: New Horizons with the February Mario Update tonight!

With today’s latest update release, the game’s version number has been increased to Version 1.8.0 with a major new set of Super Mario furniture and clothing, plus a selection of new seasonal holiday items coming to Nook Shopping.

Additionally, Nintendo has fixed a particular bug introduced in the previous update where incorrect data was displayed in the Add Friend menu of the Nintendo Switch after playing online with another player.

And as usual, Nintendo mentions in the patch notes that the typical adjustments and bug fixes have been made to Animal Crossing: New Horizons that we see in most updates. We’ll have to research a little further to discover specific changes though.

The official patch notes from Nintendo for the Version 1.8.0 February Mario Update of Animal Crossing: New Horizons can be found below, roughly translated into English from Japanese:

If the version notation on the upper right of the software title screen is “Ver. 1.8.0”, it has been updated.

Note that the above patch notes have been machine translated into English from Japanese and may read confusingly. We have made minor changes based on our interpretation to improve readability, but this article will update with official English notes when available.

You will need to be updated to Version 1.8.0 to play online multiplayer with other players and access other network features. Local multiplayer can only be played with others on the same version of the game as you.

In our experience, most major new updates for Animal Crossing: New Horizons tend to contain some smaller changes that weren’t officially announced in the update trailer or included in the official patch notes.

These undocumented changes in the past have included new items in the Nook Stop Terminal, quality of life improvements, and other small adjustments. We anticipate that the same will be the case in the February Update and will be documenting any secret or unmentioned changes and additions here. 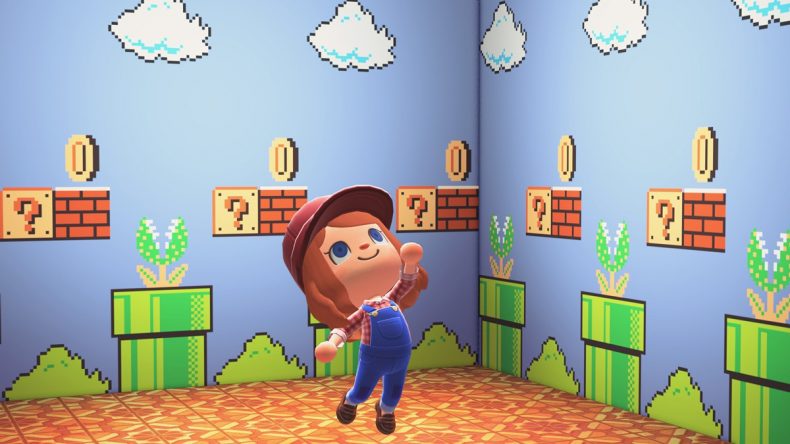 Here’s what’s been uncovered so far prior to the update based on small details released in the press releases and the Japanese announcement:

Please share in the comments below if you spot any more interesting small changes or additions that haven’t been mentioned already, so we can update this article as the best resource!

After you’ve had a chance to play around with the February Mario Update, be sure to let us know in the comments below what you think and if you’ve noticed any other changes not covered by Nintendo in the official patch notes!

Where Are The New February Update Features?

If you’ve updated your copy of Animal Crossing: New Horizons to Version 1.8.0 with the February Update and find yourself wondering the new content is, it’s worth noting that this update is largely focused around the Super Mario 35th Anniversary.

Accordingly, the new Super Mario furniture and clothing have been time locked by Nintendo until March 1st when the in-game celebration will begin! On this date, you can find the Super Mario items inside of Nook Shopping.

Until then, you can tide yourself over with the Mushroom Mural wallpaper item found in your mailbox and new Hinamatsuri Festival holiday items in Nook Shopping beginning on February 25th.