I got some sad news here folks. Animal Crossing 3DS has been confirmed for Early 2013 in Europe. Based on this and the lack of the game being mentioned on the American Nintendo Direct we can assume the same for North America. That last bit however is not confirmed. Stay tuned.

No mention of Animal Crossing 3DS in the English Nintendo Direct… does this mean 2013 for NA?

Keep in mind this is pure speculation but the English Nintendo Direct just ended with no mention of Animal Crossing 3DS while the Japanese one had a 3 minute video saying 2012. Again, just speculation but does this imply a 2013 release for North America/Europe? Share your thoughts in the comments below.

Reggie confirms to Kotaku that Animal Crossing is still in development

In case anyone wanted to know, Nintendo of America president Reggie has confirmed to Kotaku that an Animal Crossing game is still in development. I don’t think anyone actually thought it was cancelled or anything but it’s nice to hear Nintendo acknowledge the game’s existence still!

Nintendo’s 3DS version of Animal Crossing, announced eons ago and slated for a fall Japan release, just no-showed E3. Nintendo of America president Reggie Fils-Aime tells Kotaku: “Animal Crossing is a game that is in development.” That’s all we got!

Unfortunately, Reggie dropped no hints regarding a release date so we still don’t know if it’s coming outside of Japan this year or next year.

A bunch of fans sent Nintendo of America emails asking about Animal Crossing 3DS recently after the events of E3. Here’s the mass email reply they sent out to everyone who asked:

Thanks for contacting us. I can certainly understand your disappointment that Animal Crossing was not talked about further at the recent E3 conference. I’ll be certain to document your feedback and report that you want to see Animal Crossing released for the Nintendo 3DS to the appropriate departments here at Nintendo.

Believe me, we are every bit as excited as you are to learn more about what’s coming. Eventually, we will pull back the curtain and share all the new and exciting details on our website (www.nintendo.com) but I’m unable to say when we might release more details to the public.

I want to make sure that you know that the Animal Crossing franchise is still very important to Nintendo, which is why it is one of the games featured in the upcoming Nintendo Land game for the Wii U (http://e3.nintendo.com/games/#/wiiu/nintendo-land). While I know this wasn’t the answer you were hoping for, I appreciate your enthusiasm for the Animal Crossing series.

So basically just standard PR jumbo from Nintendo of America telling us to look forward to a freakin’ mini-game in Nintendo Land. Sigh.

Um. Excuse me for a moment but, WHAT THE HELL NINTENDO? The 3DS Presentation just ended and they didn’t mention Animal Crossing 3DS at all. Not even a screenshot. It may be delayed until 2013. More details in a second.

Note that this doesn’t confirm a 2013 release but don’t you think it’s extremely odd they didn’t show it at E3 2012 at all? The video does say “and more” but really would they show Transformers over a first party game like Animal Crossing? I doubt it. 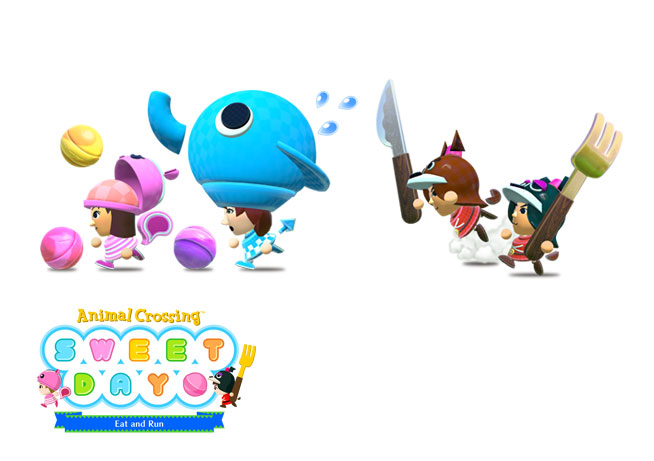 Well, this is rather disappointing. There wasn’t any Animal Crossing 3DS news today at Nintendo’s E3 Presentation. However, they did show off an Animal Crossing minigame for the Wii U as part of “Nintendo Land”.

However, there is still hope for Animal Crossing 3DS as Nintendo is still holding a 3DS presentation tomorrow at 6PM PDT. More details on that later.

A month back we reported on Amazon France’s listing of September 28th as a release date for Animal Crossing 3DS. At the time I said that there might be a grain of truth to the date based on previous Amazon release date predictions. However since then the listing has been removed and the game is back to “Coming Soon”. Not a big update but I figured you guys might want to know. In other news we’re now just three weeks away from E3 2012. Get your hype on!

(thanks to Bidoof for the tip!)