Available for pre-order right now with a release date set for February 14th, these new wired Animal Crossing: New Horizons controllers come in a duo of designs featuring Tom Nook and Isabelle prominently on one side. 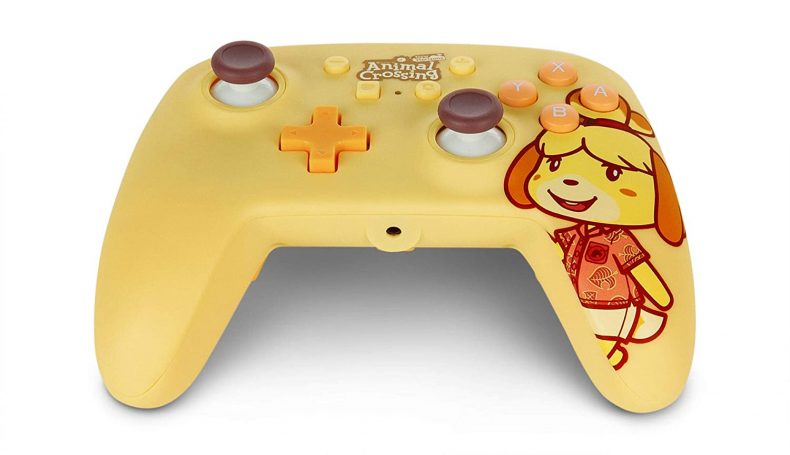 In addition to highlighting the characters themselves, the controller buttons and control sticks are all appropriately themed to a fitting color scheme. You’ll find a mix of blue and brown on Tom Nook’s design, and a combination of yellow and brown on Isabelle’s controller.

Both controllers come with a set of PowerA’s signature programmable buttons on the back as well, although we’re really not sure how useful those truly are. Other than that, this is a fairly basic wired Nintendo Switch controller sporting a lovely Animal Crossing design.

Though the wired nature of the controller might not be everyone’s favorite design choice, it does help keep the price down to a very attractive price point of just $24.99. Plus, the included 10 foot USB cable for connectivity to your Nintendo Switch is plenty long enough to reach from a distance.

Do keep in mind that as part of being an affordable option, the Isabelle & Tom Nook Animal Crossing controllers do not support advanced features like HD Rumble, NFC for Amiibo, or motion controls. However, there is a standard 3.5mm headphone jack included for your convenience.

You can find the both the Isabelle and Tom Nook versions of the PowerA Animal Crossing: New Horizons Nintendo Switch Controller for pre-order on Amazon US here.

These controllers follow up on three other products previously released by PowerA for Animal Crossing: New Horizons, including another wired controller in the same vein and a pair of wireless controller designs.