We have potential details on some future characters that might be included in the Animal Crossing: New Horizons X Build-A-Bear Collection, courtesy of a little quirk in the company’s website and hint from their social media.

The official collection from Build-A-Bear just released on April 6th and has now sold out, but sadly only featured two characters with Isabelle and Tom Nook! Many fans were hoping to see a more expansive collection including regular villagers.

However, thanks to a handy tip from one of our readers (@Black_Cat_Audio) and a hint from Build-A-Bear too, we believe that additional characters will be on their way soon adding to the Animal Crossing collection — and perhaps exactly which characters too! 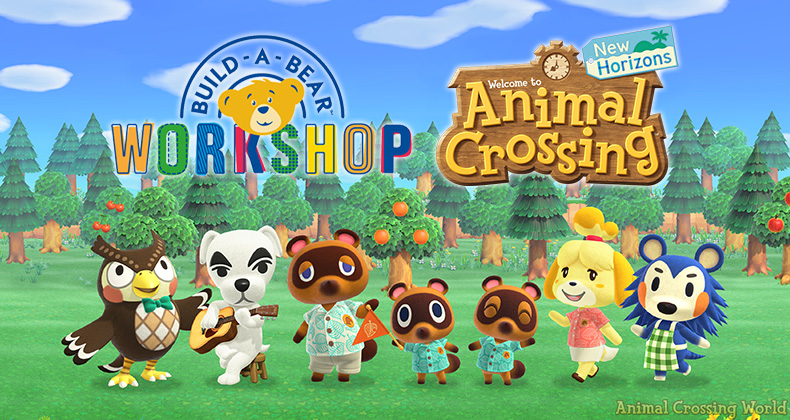 Based on this, we can consider that any character name searches leading to the coming soon page for Animal Crossing have a high likelihood of being released as Build-A-Bear products in the future. This would be due to the Build-A-Bear developers setting up redirects for the upcoming characters in advance of their release.

Of course, we stress that this should still be considered a rumor and not full official confirmation from Build-A-Bear, but we felt it was concrete enough to justify publishing.

Here’s a list of Animal Crossing: New Horizons character names that we found lead directly to the series coming soon page on Build-A-Bear’s website, meaning it’s likely they’ll be added to the collection in the future:

There may be more noteworthy results than these, this list simply reflects some of our limited testing of most  popular Animal Crossing characters that we might expect to make the cut.

Meanwhile, here are some other popular Animal Crossing characters that we found did not return a redirected result — though we want to stress that conflict with other results on Build-A-Bear could be causing this too:

Once again, it’s important to note that these lists are not officially published information and only represent the result of an interesting quirk from the Build-A-Bear website.

Originally, we shared this rumored information prior to the release of Tom Nook and Isabelle on April 6th believing the additional characters listed here would be included in the initial release. That turned out not to be the case, leading us to believe there may have been an error.

However, Build-A-Bear has since replied to a couple messages on Twitter heavily implying that there are plans to release more characters in their Animal Crossing collection at a later date. You can see both of them embedded below, with the winky faces hinting that the original tweets are correct.

We consider this to be fairly reasonable confirmation that at least some of the villagers listed in this article will be coming soon at some point! The waiting game of anticipation for these additional characters is back on in our opinion, it’s just a matter of when.