DJ K.K. Is Hosting An Awesome Live Real-World Animal Crossing Concert In Japan This Fall (How To Watch) 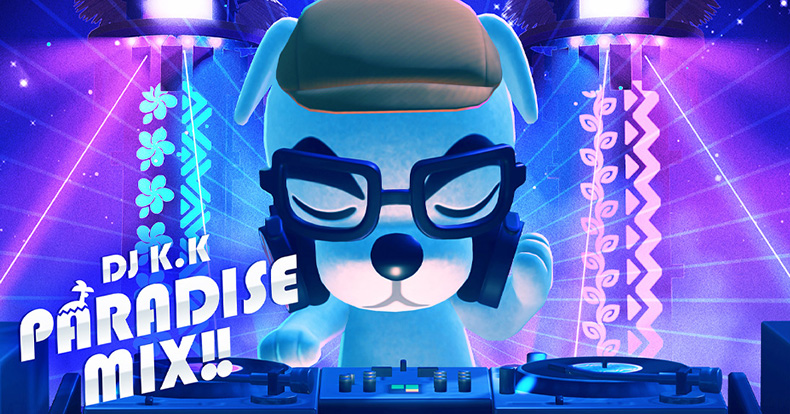 Jammin’ out to a upbeat K.K. Slider song in Animal Crossing: New Horizons with your friends is always a good time, but what if you could catch a performance in real life?

To be crystal clear, this isn’t some silly online performance or clip filmed inside Animal Crossing — it’s a real in-person music concert where you can enjoy K.K. Slider songs from DJ K.K. live!

Presumably, the Nintendo Live 2022 concert intends to provide a recreation of the in-game DJ K.K. concert seen in last year’s Happy Home Paradise expansion for Animal Crossing: New Horizons when you reach the DLC’s finale. I mean, it’s in the name with PARADISE MIX!! We won’t embed it directly here for sake of spoilers, but you can click here to watch if you wish.

And of course, a DJ K.K. concert also recalls us back to the character’s debut in Animal Crossing: New Leaf when the Club LOL location on Main Street would host performances from DJ K.K. whenever traditional K.K. Slider isn’t performing!

If the concept of an in-person Animal Crossing performance is sounding somewhat familiar to you, that’s because back in October 2019 (during the before times) a similar Nintendo Live event was hosted featuring another Splatoon concert, with a special appearance from K.K. Slider performing to open the concert.

You can watch K.K. Slider’s 2019 concert appearance at the start of the video below for a taste of what to expect this year:

Can’t make it to Japan? We have great news — Nintendo will be hosting an official livestream of the Animal Crossing DJ K.K. + Splatoon 3 Deep Cut concert performance on YouTube for viewers worldwide to enjoy!

This special livestreamed performance will take place on Sunday, October 9th at 6PM Japan Time. For other time zones around the world, it will take place at the following times:

Not exactly the most ideal times for the western world! But of course, we’ll be sure to publish the performance link here on Animal Crossing World when it takes place, so don’t worry if you forget or can’t catch it.

In addition to live performances, two pieces of DJ K.K. themed merchandise will be sold at the Nintendo Live 2022 event and on the Japanese My Nintendo Store to celebrate the occasion!

Next, we have a spiffy t-shirt featuring a large icon of DJ K.K. with the letters K K in neon colors in place of his eyes! It’s styled in a similar vain to a t-shirt you might buy at a band’s tour with all of the group’s tour dates printed on the back of the shirt with logos. In this case, the shirt’s backside features a long list of K.K. Slider song names instead of tour dates!

How To Enter Nintendo Live 2022 Lottery

If by chance you live in Japan or expect to be in the country around October 8th to 9th when the Nintendo Live 2022 event takes place and wish to attend, you’ll need to enter the official lottery!

Given how much demand there is likely to be, and Japan’s remaining public health restrictions, a lottery system is necessary to manage the crowds. Unfortunately, only about 5000 winners will be chosen for each of the two event days, so odds aren’t looking great for prospective attendees!

Applications for the Nintendo Live 2022 lottery are open from September 1st to 15th, with the winners expected to be announced on September 22nd. You can enter at the webpage here using your Nintendo Account, but note that the page is only available in Japanese. (provided screenshot is via Google Translate)

On a personal note, I currently have a trip to Japan planned for early October leaving just a few days before this concert is taking place. I’m seriously going to explore the possibility of extending my trip out a bit longer to attend this concert if I can manage to win the lottery! Fingers crossed!

Let us know in the comments below if you’d attend a live DJ K.K. concert if you could, or if you’re lucky enough to find yourself in Japan and will be entering the lottery.