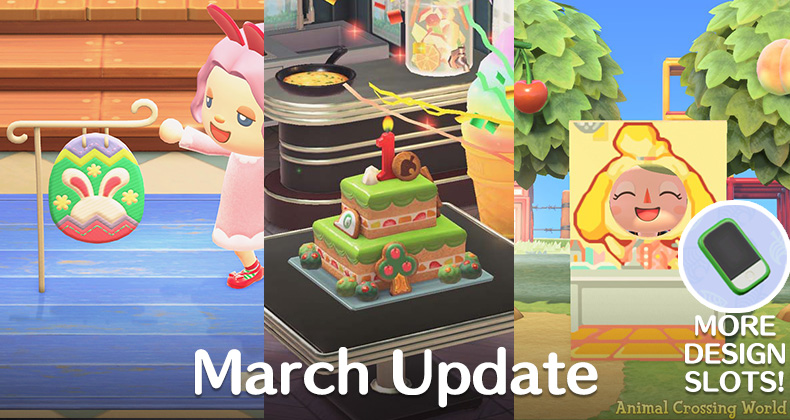 A brand new Animal Crossing: New Horizons update was just released during Marc packed full of new features — here’s everything new and how you can experience it!

The next major Animal Crossing: New Horizons update (Version 1.9.0) is now available and was released on March 18th, 2021 with the main highlight being an introduction of six new Sanrio-inspired villagers with items.

There’s much more than just Sanrio content coming in the March Update though! A variety of additional features are included in this exciting update including… 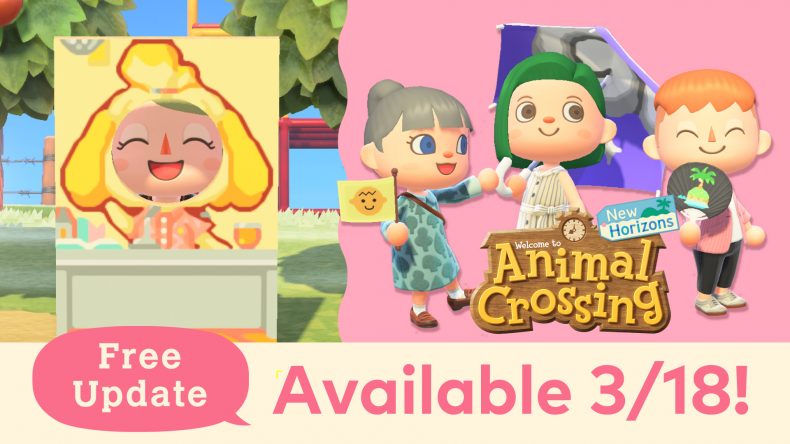 For more in-depth details on all of the new features and additions listed above in the March Update for Animal Crossing: New Horizons, keep reading on. You can also see the official patch notes here, and a complete datamine of every new item in the update here.

Six new villagers inspired by Sanrio characters, plus a collection of new furniture and clothing for them, are the main piece of new content included in the March Update in Animal Crossing: New Horizons! 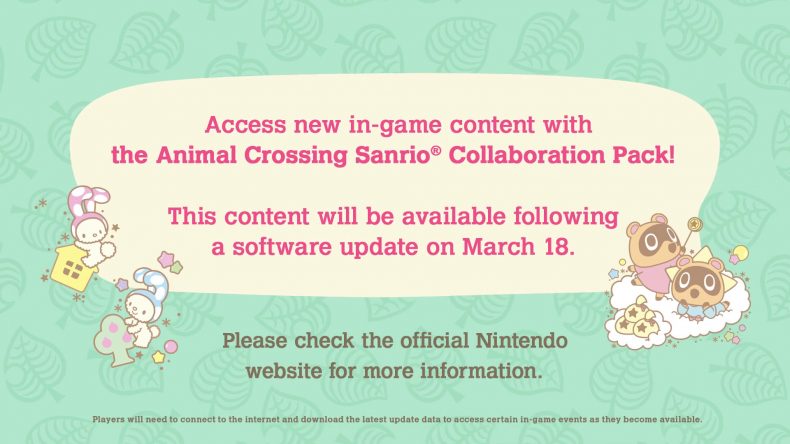 These new villagers from Sanrio coming to Animal Crossing: New Horizons that can move in as residents on your island include the following:

Even better, each of these cute new villagers comes with their own set of Sanrio themed furniture and clothing items for the first time in New Horizons. If you’ve been waiting for new furniture to decorate your house, this is the update for you.

Browse over the screenshots below to see the full selection of villagers and items introduced to Animal Crossing: New Horizons with Sanrio with the March Update, or check out our complete Sanrio Villagers & Items guide here: 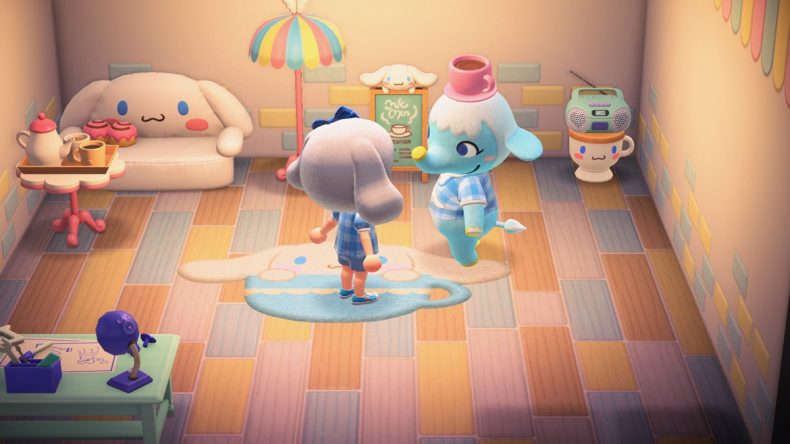 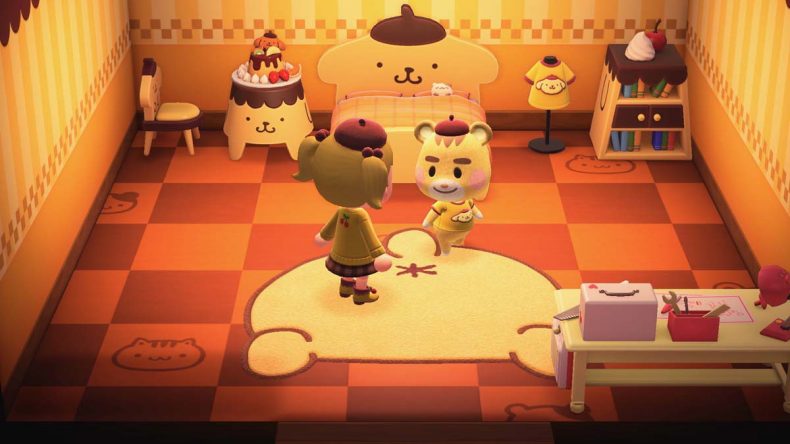 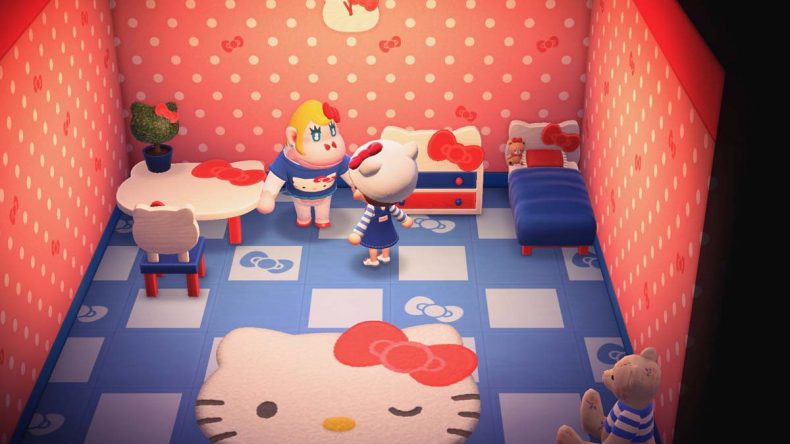 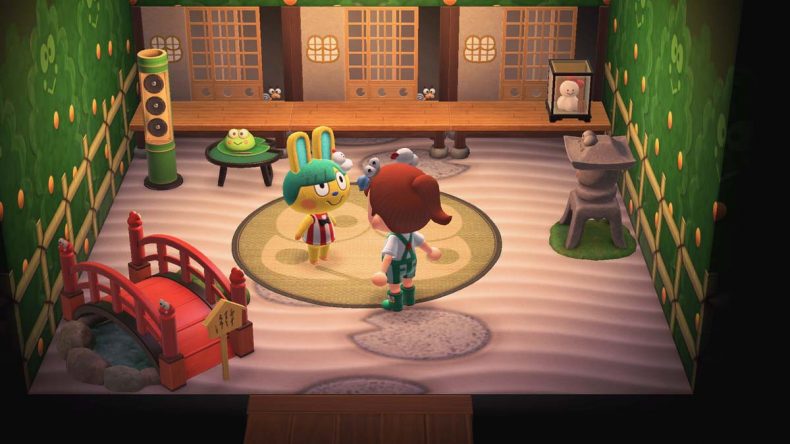 To get your hands on these new Sanrio villagers and items, you’ll want to pick up the Animal Crossing Sanrio Amiibo Cards releasing in an upcoming re-print planned for March 26th. If you already have the cards from past releases, you’ll can experience the new Sanrio content in your game right now.

Players who are picking up the Sanrio Amiibo Cards for the first time will have to wait a little longer until March 26th to actually experience most of the new content themselves. Without the cards, it’s not possible to get Sanrio villagers as they cannot be traded or ‘adopted’ from other players.

You can trade for the Sanrio items from other players, but keep in mind that ‘cataloguing’ by picking up an item and dropping it to order yourself does not work. You’ll need to trade for the actual item and keep it.

The Bunny Day event for Easter with Zipper T. Bunny is returning for another year in 2021 as part of the March Update!

After much speculation, Nintendo has revealed what we can expect out of this second edition Bunny Day event in Animal Crossing: New Horizons — mostly the same with a few new items.

Starting on March 28th through April 4th, hidden Easter Eggs of all kinds will appear across you island in trees, rocks, water, balloons, and dig spots! Find them and craft Bunny Day DIY crafting recipes using the eggs. 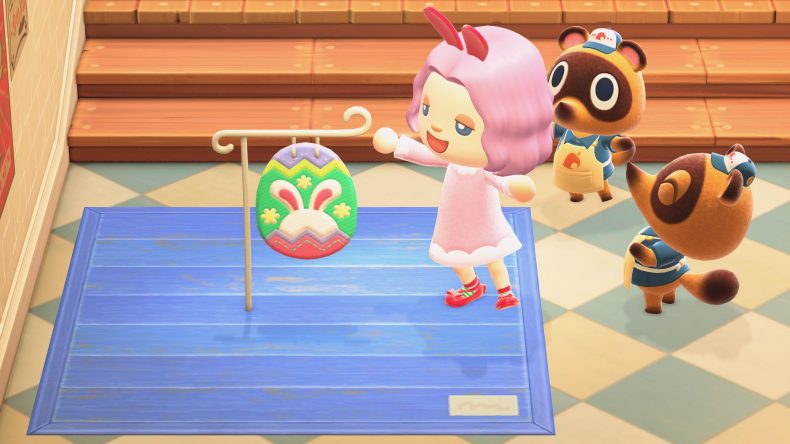 What about for veteran players who already experienced Bunny Day last year? Some new Bunny Day items will be for sale exclusively at Nook’s Cranny during this event period, like the sign furniture seen above.

For more details on the return of Bunny Day in 2021 with new items, check out our full article here.

We were expecting a fresh new batch of seasonal holiday items to be made available in the March Update for Animal Crossing: New Horizons, and Nintendo has sure delivered!

This update introduces a selection of seasonal items for four different new holidays in Nook Shopping:

For more details on every seasonal holiday item introduced in the March Update, check out our full article here.

More Design Slots: By purchasing the ‘Custom Design Pro Editor +’ item at Nook Stop Terminal, you can unlock an extra 50 new slots in both the Normal and Pro modes allowing for more creations to be stored than ever before. 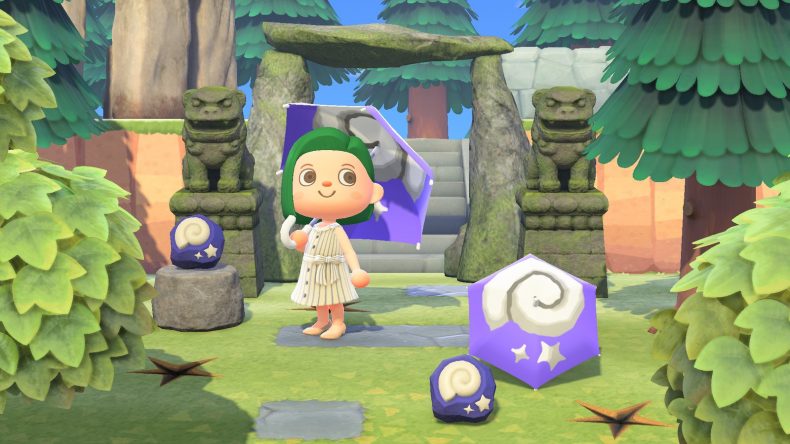 New NookPhone App: As the cherry on top to these great improvements, you can now purchase the Custom Designs Portal from Able Sisters as an app on your NookPhone! This amazing new feature will allow you to access new designs at any time of day without entering the shop.

For more details on all things Custom Designs in the March Update, check out our full article here.

An intriguing new feature called Nook Points is coming soon to the Nook Link service inside of the Nintendo Switch Online smartphone app.

Details are limited, but you’ll be able to earn these new Nook Points by opening the Nook Link app each day at a rate of 10 Nook Points per day.

Once you’ve saved up enough precious Nook Points, they can be redeemed for special new prizes that appear to be exclusive and are transferable to your Animal Crossing: New Horizons game.

It remains to be seen exactly how many items can be unlocked through Nook Points or how interesting they are, but we can see the Nook Inc. Poster item as an example costing 10 Nook Points.

Nintendo says the Nook Points feature will arrive to Nook Link in ‘Late March’, which is vague since the Nintendo Switch Online smartphone app updates separately. All new items will likely be in the March Update though, opening up datamining ahead of time.

Finally, in a very strange twist of events, past Animal Crossing fortune-teller character Katrina is making an appearance in the Nook Points menu! We’re really not sure what’s going on with that, but it’s likely just a fun cameo.

For many months now, fans have been excitedly discussing the possibility of an Anniversary Update with huge new features coming to Animal Crossing: New Horizons near the game’s anniversary on March 20th.

While the March Update is releasing very close to the first anniversary, it’s not coming with any of the prominent additions like Brewster that had been speculated. 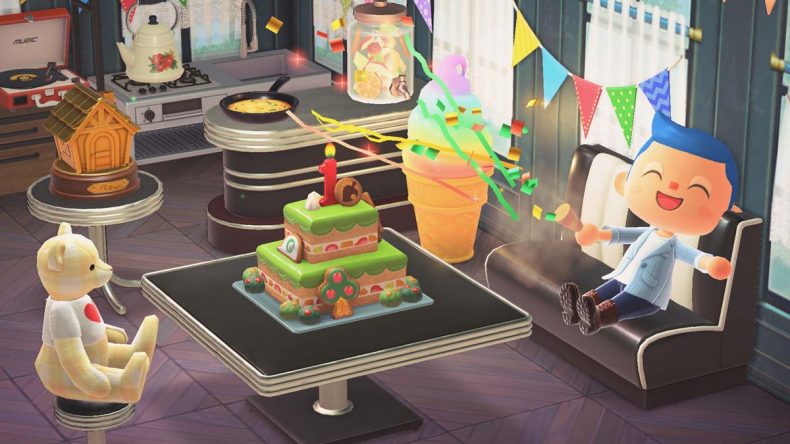 But there is something — a special new 1st Anniversary Cake item will arrive in your mailbox as a thank-you gift after installing the Version 1.9.0 update!

Subscribers to the Nintendo Switch Online service have been able to order a special Nook Inc. Rug item since launch, but the March Update will introduce another exclusive item!

Beginning with Version 1.9.0, a new Nintendo Switch Lite furniture item can be ordered from Nook Shopping for players who have subscribed to Nintendo Switch Online and redeemed the code.

It will be available in color variations matching all four main Nintendo Switch Lite consoles too.

An interesting new service from Nintendo called Island Tour Creator will be available soon on March 23rd separately from the game update. 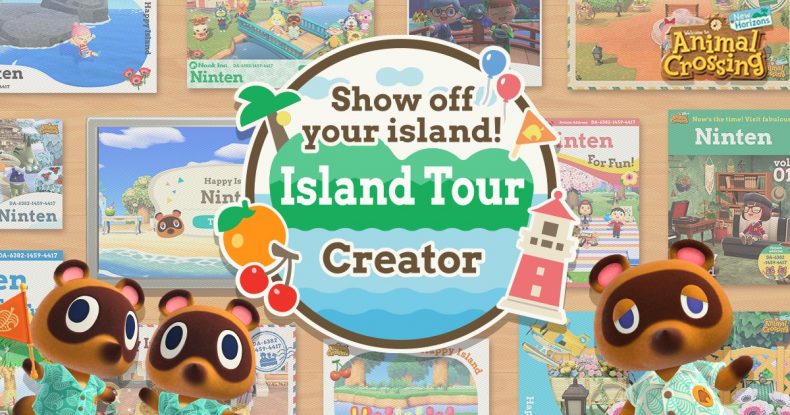 We’re a little unsure as to exactly what the Island Tour Creator will offer, but it appears to be a web application to edit your island screenshots and videos together into a digital poster or tour video for easy sharing.

It looks that you can easily add your island’s Dream Address on to a creation as well.

Here’s a couple examples of island posters that were shared by Nintendo: 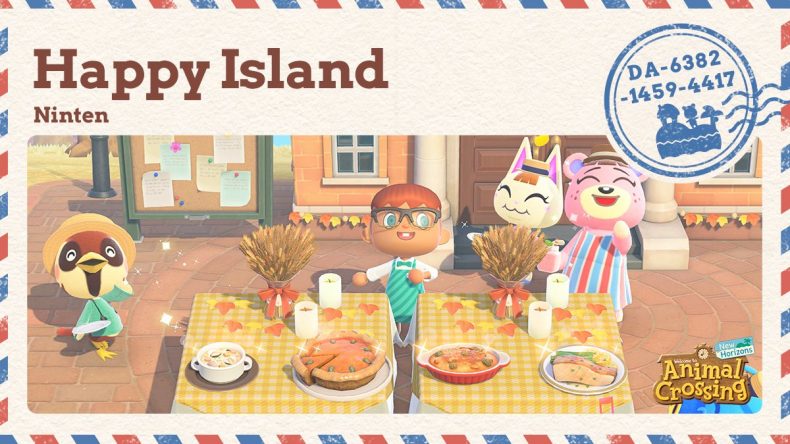 Note that the Island Tour Creator service will only be available for a limited time until the end of this year.