The just-revealed January Update with Pave’s Festivale event for Animal Crossing: New Horizons is introducing a variety of new seasonal items, so let’s go over every single one we know about!

Nearly every new major update to Animal Crossing: New Horizons comes with a fresh batch of seasonal holiday related items to collect, and the January Update this year is no exception.

In fact, this update features one of the largest sets of minor holiday items we’ve seen so far with around a dozen or so different items to collect from what we can tell so far. This article will cover everything we know about these new January Update items so far.

RELATED: The January Update has now been fully released and is available for download! Check out the full patch notes in our article here.

We expect the vast majority of these holiday items to be released for catalog order through the Seasonal tab of Nook Shopping, just like past seasonal items, though it appears there is one exception available at Able Sisters.

Keep in mind that this article is based off pre-release information and we may get a couple details slightly off due to translation issues or other misunderstandings. It will be updated after the update releases when we have more details!

For Valentine’s Day, two new heart themed items will be available in Nook Shopping from February 1st to 14th! These are the Chocolate Heart and Rose Bouquet Heart. 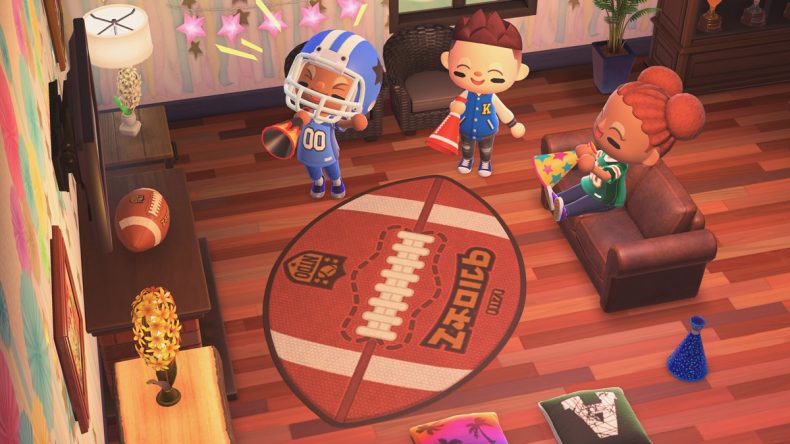 To celebrate the Super Bowl, two new sports themed items will be available in Nook Shopping from January 15th to February 15th called the American Football Rug and the Cheering Megaphone!

While the rug is pretty basic, we’re told that the megaphone will come in multiple design and style variations that cycle through Nook Shopping on a regular basis. Exciting! 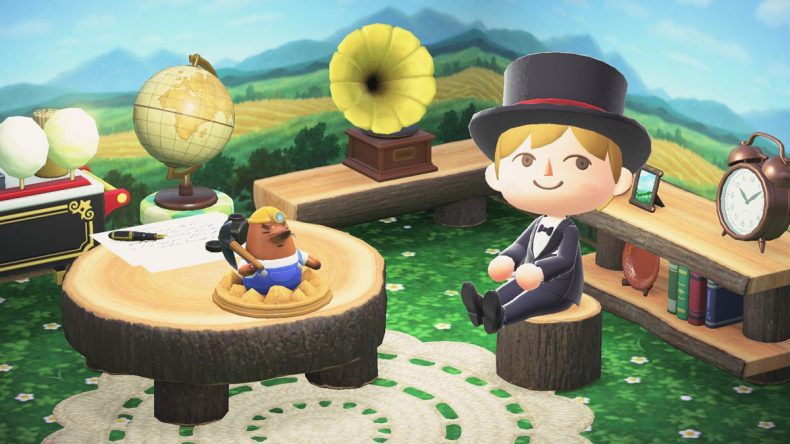 For Groundhog Day, a cute little figurine model of Resetti is available at Nook Shopping from January 25th to February 2nd. Adorable!

But we still wish he’d be visible in Animal Crossing: New Horizons outside of the Rescue Service…

Celebrating the Korean New Year is a new item available at Nook Shopping from February 10th to 17th! It’s unclear exactly what it will be called in-game, but appears to be a pouch.

Celebrating the Chinese New Year is a new item available at Nook Shopping from February 10th to 17th! It’s unclear exactly what it will be called in-game, but appears to be an envelope.

The infamous and beloved Bean-Tossing Kit from Animal Crossing: New Leaf is returning in Nook Shopping for the Setsubun holiday until February 3rd!

Additionally, it appears there will be an Ogre costume available in the Able Sisters shop beginning on February 1st. We’ll have more details soon hopefully!

A special thank you to Ossiran for helping us with accurately translating Japanese information from Nintendo on some of these seasonal items. As always though, the officially localized English names by Nintendo of America may vary slightly upon release.