As we take our first steps into the new year, you’ll want to make sure you grab seven brand new limited-time items now available in Animal Crossing: New Horizons for 2021!

Following up on the first four items available prior to New Year’s Eve after Toy Day, another seven more seasonal items can be purchased as of January 1st, 2021 inside of Nook Shopping at either the Nook Stop Terminal or by using your NookPhone.

These new items include the appropriately priced 2021 Celebratory Arch, the traditional Zodiac Ox Figurine, and a variety of other New Year’s items from various cultures around the world. Check out the entire collection in the table below, or our full guide here:

It’s worth noting that you’ll need to wait at least 2 days to get all of your New Year’s 2021 items from Nook Shopping since a daily order limit of 5 orders per day is in place, plus the waiting time to receive your orders in the mail on the next morning.

So don’t forget to not only order your first 5 items today, but also order the last 2 remaining items the next day after, so you don’t miss out on any limited-time New Year’s items before they disappear from Nook Shopping after January 15th.

Oh and if you missed the first 4 items from prior to January 1st, don’t worry — it’s possible to time travel backwards to them if it’s important to you!

By the way, this is by far the largest addition to Nook Shopping’s Seasonal tab so far and we hope Nintendo continues to utilize this mechanism of delivering us new content! However, we’ve heard many complaints about the timing that Nintendo has chosen for these releases, and can’t help but agree.

Wouldn’t it have been nicer to purchase the 2021 Celebratory Arch in the run-up to New Year’s Eve, for one example, rather than waiting until the New Year’s fun is already over? Receiving the Gift Pile on Toy Day just one day before Christmas Day felt similarly lame as well. 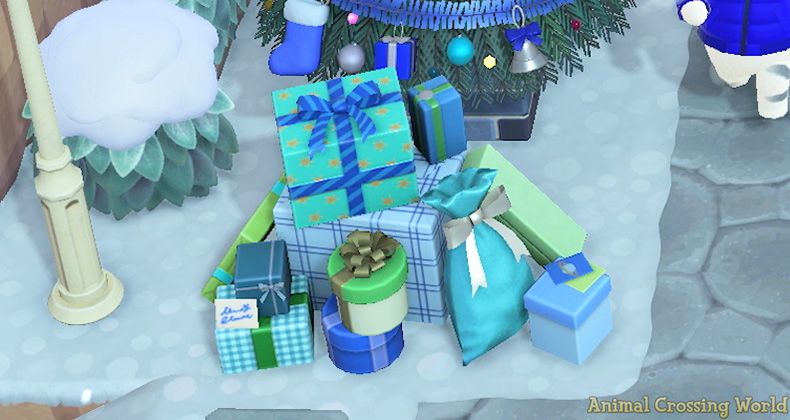 The best use for these items is decorating your island while we’re still in the exciting lead-up time to the holidays, not after all of the partying and fun is over, so we hope some changes are made in the future. Honestly, this applies to the Festive Ornaments recipes too, which many of us are still collecting well after Christmas.

Also, a new type of bush is beginning to bloom this week for Northern Hemisphere players with the beautiful Camellia Bushes! This is the first time we’re seeing this Camellia shrub make an appearance with fully blooming flowers and it’s truly a sight to see. Get your shovels ready!

What’s Next For Animal Crossing In 2021

Back in November, Nintendo already announced that the next Animal Crossing: New Horizons update would arrive in Late January, alongside a teaser for a new character icon. That mystery character is none other than Pave, the holiday mascot for a previous in-game event called Festivale!

So it’s safe to say that Festivale with Pave is on the way soon as the next major Animal Crossing: New Horizons content update sometime in Late January, but we’ll have to wait longer for more details. If you’d like to learn more about Festivale, check out our previous event guide for the holiday in Animal Crossing: New Leaf on Nintendo 3DS.

One more thing though — a little later in the spring, we’re expecting another update to arrive by March introducing the Super Mario series of themed furniture items! This was promised as a release in March 2021 by Nintendo all the way back in September last year during the Super Mario 35th Anniversary Direct.

There are absolutely no more details than the existence of the update itself, but we expect there will be a similarity to some of the Mario and Nintendo themed items seen in past Animal Crossing games. Check out the screenshot above for an example. (via Nookipedia)