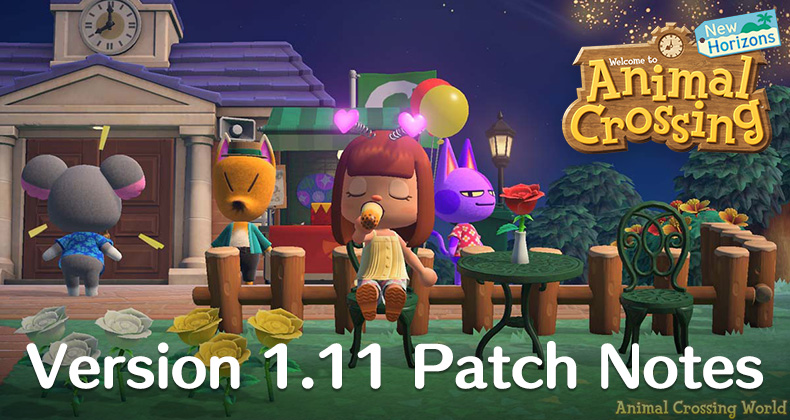 The latest Animal Crossing: New Horizons (ACNH) update for July has just been released with the Summer 2021 Update tonight and we have complete patch notes!

With today’s latest update, the game version number has been upgraded to Version 1.11.0 with the elusive Version 2.0 still nowhere in sight. The Summer 2021 update primarily brings the return of August Fireworks Show events throughout the next month taking place on every Sunday.

This year’s 2021 version of the Fireworks Show event in August will feature some fresh new item prizes at Redd’s Raffle including Cotton Candy and Bubble Tea, but it remains to be seen the full set yet.

Additionally, an updated selection of new seasonal Nook Shopping items have been added in the update as well set to be available over the next month and a half!

Nintendo’s typical mention of bug fixes and adjustments to improve the gameplay experience are mentioned in the patch notes as well, though it remains unclear exactly what else was fixed this time around.

The official patch notes for the Version 1.11 Summer 2021 Update of Animal Crossing: New Horizons from Nintendo of America can be found below.

The software has been updated if you see “Ver. 1.11.0” in the upper-right corner of the title screen.

You will need to be updated to Version 1.11.0 to play online multiplayer with other players and access other network features. Local multiplayer can only be played with others on the same version of the game as you.

In our experience, many past new updates for Animal Crossing: New Horizons have tended to contain some smaller changes that weren’t included in the official patch notes.

These undocumented changes in the past have included new items in the Nook Stop Terminal, quality of life improvements, and other small adjustments. If anything of the sort is included in the Summer 2021 Update, we’ll mention it in this section when we know.

Here’s what’s been uncovered so far:

Please share in the comments below if you spot any interesting small changes or additions that haven’t been mentioned already, so we can update this article as the best resource!

After you’ve had a chance to play around with the Summer 2021 Update, be sure to let us know in the comments below what you think and if you’ve noticed any other changes not covered by Nintendo in the official patch notes!