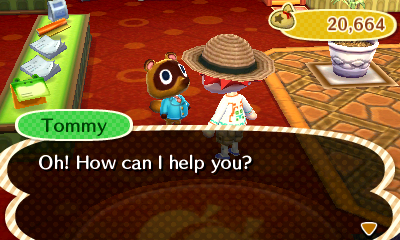 The Nookling T&T Stores in Animal Crossing: New Leaf are where you can purchase new tools, furniture, wallpaper, carpet, fortune cookies, and more!

There are five different stores to upgrade between as you progress in the game each offering new items and different hours of operation. Learn how to unlock every shop and exactly what you can purchase in them.

Nookling Junction is the first Nookling store you encounter when first creating your New Leaf town. As the starting store, it has the most basic item offerings for sale and average hours of operation. 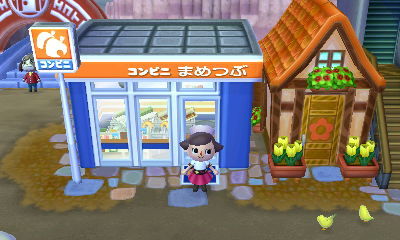 T&T Mart is the second Nookling store, after upgrading from Nookling Junction. It improves on the previous store’s offerings selling more of almost every item category and amazing hours of operation stretching to midnight or 5AM with Night Owl.

Importantly, the catalog machine is unlocked with T&T Mart allowing you to order items which you have previously obtained. The Slingshot, Timer, and Megaphone tools can now appear for sale as well. Medicine can now be purchased too.

For sale you’ll find three furniture, three tools, two fortune cookies, one stationery, one carpet, one wallpaper, one medicine, and one wrapping paper

How to Unlock T&T Mart:

Super T&T is the third Nookling store, after upgrading from T&T Mart. It further improves on the item offerings selling more furniture than the previous store. However, the hours of operation are significantly scaled back compared to T&T Mart.

Notably, both melody paper and furniture items that attach to your house’s walls begin to appear for sale in Super T&T.

How to Unlock Super T&T: 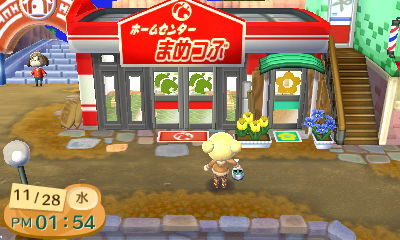 T.I.Y is the fourth Nookling store, after upgrading from Super T&T. Even more furniture can be purchased than the previous store as well as K.K. Slider’s music albums. Most importantly, the hours of operation improve back to 11PM.

The Garden Center will merge into the main store building when you upgrade to T.I.Y, rather than remaining a separate building like the previous Garden Center.

T&T Emporium is the fifth and final Nookling store in New Leaf, after upgrading from T.I.Y. It’s absolutely massive compared to previous stores with a full three separate floors in the shop.

The first floor has all of the main products, the second floor is completely dedicated to furniture and wallpaper/carpet, and the third floor now has Gracie’s exclusive premium designer items for purchase.

How to Unlock T&T Emporium: