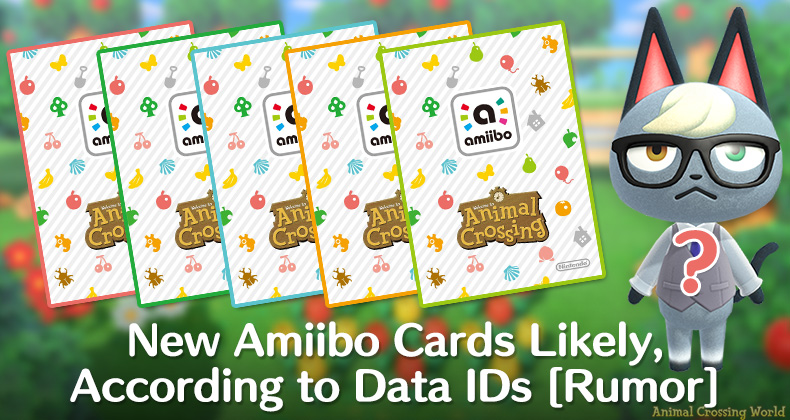 A new series of Animal Crossing Amiibo Cards for Animal Crossing: New Horizons could be on the way soon, according to evidence suggested by the data seen on other recently released amiibo.

The currently available Animal Crossing Amiibo Cards were first released back in 2015/2016 and have begun to show their age with mismatching character artwork in comparison to Animal Crossing: New Horizons.

Besides the issue of aging art, the eight new villagers introduced in Animal Crossing: New Horizons for the first time (including Raymond, Judy, and more) are still missing amiibo cards due to the outdated series. Not to mention, there are many amiibo card characters that simply don’t exist in New Horizons and may never return.

Since the game’s release last March, we’ve been expecting new cards to be released in some form to address these issues… but it just never happened, with restocks of past cards occurring instead.

But it looks like this could be finally changing soon with a new series of Animal Crossing Amiibo Cards possibly arriving soon, thanks to some interesting evidence surfaced by the recent release of Monster Hunter Rise amiibo and outlined by Reddit user Tyeforce!

Why New Animal Crossing Amiibo Cards Could Be Coming

There’s quite a bit of complication to the evidence behind this rumor, but we’ll try to simplify it down to what really matters and why it means we believe new Animal Crossing Amiibo Cards could be on the way.

Each amiibo figure or card has a small piece of code on it consisting of both numbers and letters. These are read by the Nintendo Switch and compatible games when scanning an amiibo to determine what the figure or card is.

The most interesting part of the code though is a unique set of 4 characters forming a hexadecimal ID that identifies each individual unique amiibo figure or card — starting with ‘0000’ for the very first Mario amiibo released for Super Smash Bros. back in 2014.

This hexadecimal amiibo ID has generally increased in a predictable and orderly sequence to accommodate for newly released amiibo figures and cards over time. And generally speaking, sets of related amiibo releases tend to be grouped together in order within the sequence.

We can’t see the IDs or information for amiibo that haven’t yet been released of course, but we can do is infer any potential gaps in the sequence between amiibo that have been already released that we know about, which in some cases might give us some clues of what’s coming.

With the recently launched Super Mario 3D World port for Nintendo Switch in February, the company released a set of two amiibo for the game — Cat Mario and Cat Peach. These two amiibo figures have identifiers of 03A6 and 03A7 respectively.

Another set of recently released amiibo are the latest three Super Smash Bros. fighter DLC characters — Banjo & Kazooie, Terry, and Byleth — with the identifiers of 03A2, 03A3, and 03A5 respectively. You’ll noticed that these IDs directly border the Super Mario 3D World ones.

Lastly, three new amiibo were just released for Monster Hunter Rise a few weeks ago — Magnamalo, Palico, and Palamute — with identifiers of 040F, 0410, and 0411. But there’s something odd about those identifiers… they’re vastly different from the other two sets of amiibo we just discussed and aren’t anywhere nearby in the sequence!

That’s one of those ‘gaps’ in the amiibo ID sequence that we mentioned occurs sometimes earlier. And if we do some quick math, we can see there’s actually a massive gap of 103 amiibo IDs between the latest Super Mario 3D World and Monster Hunter Rise figures.

Keep in mind that it’s only a gap to us because we don’t know what the amiibo with those missing IDs are right now. But from Nintendo’s point of view with all of the information, that gap is actually just another set of planned amiibo to be released, though plans can always change of course.

What kinds of amiibo come in such large sets in amounts as high as 103? Animal Crossing Amiibo Cards happen to fit that profile perfectly, of course. The first four series featured exactly 100 cards each, while the fifth series included 50 cards. There’s not much else that does.

Here’s the current amiibo identifier situation with recent releases summarized in a table to help you understand the ‘gap’ situation in a more visual manner, with the hexadecimal IDs converted directly to regular numbers for simplicity:

What This Means For New Animal Crossing Amiibo Cards

In conclusion, a suspiciously large gap of 103 amiibo IDs exists between two recently released sets of amiibo figures — right around the amount of IDs we’d expect to see a new Animal Crossing Amiibo Cards series to make use of. Therefore, we believe a new series could be released soon utilizing most of these unused IDs.

Of course, this still remains a rumor and cannot be 100% confirmed yet. Here’s a few caveats worth noting about the theory:

We don’t actually know for sure what these un-used amiibo IDs will be used for. We just know that they exist and a new Animal Crossing amiibo card series is the most logical explanation due to the size and timing, especially with continued ongoing updates.

04/18 UPDATE: Yu-Gi-Oh amiibo cards have just been announced in Japan for release in August, which could be another explanation for these amiibo IDs — instead of Animal Crossing. However, it remains unclear how extensive this Yu-Gi-Oh release will be with only three cards currently confirmed.

If the Yu-Gi-Oh release is a small number like that, then this could be completely unrelated, but it might de-confirm the Animal Crossing theory if a large amount are revealed later.

We also don’t know for sure whether this gap of amiibo IDs will ever be used at all technically, but there’s never been a permanent gap of this gigantic size before in amiibo history. They always get filled by some amiibo release eventually. And the next largest size of gaps actually succeed other past amiibo card series, further validating the theory if anything.

Along those lines, there could also be fewer than a full set of 100 new amiibo cards released — Nintendo doesn’t actually have to use the entire gap. More on that later.

What Animal Crossing Characters Could Be Included?

So, what new characters could we expect to be included in such a new series of Amiibo Cards for Animal Crossing: New Horizons if this rumor were to materialize?

Unfortunately, there isn’t any evidence in this rumor to indicate exactly which characters could arrive in amiibo cards, so we’re only left to speculate. With that being said, we think it’s highly likely that the eight newly introduced villagers without amiibo cards so far would be at the top of the list.

These are the eight new villagers introduced in Animal Crossing: New Horizons that we expect would almost certainly be included in this release:

Besides the new villagers listed above, these six new special characters introduced in Animal Crossing: New Horizons have a good shot of finding themselves printed on an amiibo card too:

Going beyond characters we already know, a more adventurous thought is whether Nintendo could introduce any entirely new villagers to the game, alongside a new series of amiibo cards. With the next major game update currently a mystery, it’s entirely possible that a major new feature could be a new set of villagers. 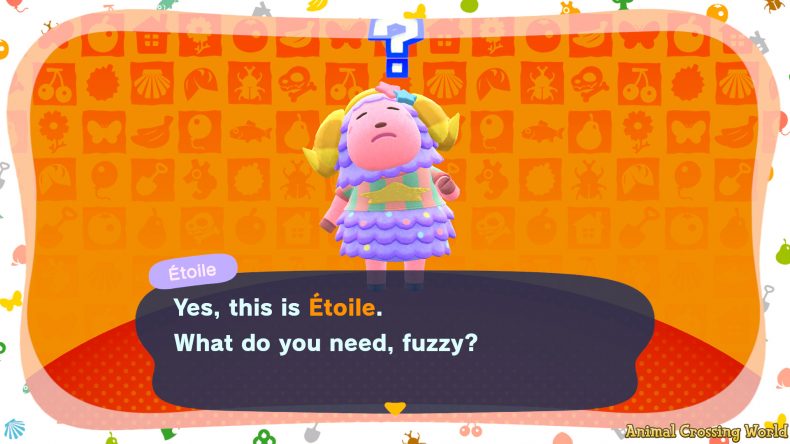 For many Animal Crossing players, villagers inhabiting their island is one of the most engaging aspects of the series — just think back to how much mania there was around visiting Nook Mile Islands to hunt for favorite villagers back at launch! Introducing new villagers would be a fantastic way to reinvigorate interest in the game.

New Series Could Be Less Than 100 Cards

It’s important to note that just because there are unused slots reserved that could fill an entire series of 100 new Animal Crossing Amiibo Cards, it doesn’t necessarily mean there will be that many.

With the Welcome Amiibo series released in late 2015, Nintendo chose to reserve an entire block of 100 amiibo IDs, despite only releasing a more limited series of 50 Welcome Amiibo cards. The additional six Sanrio Amiibo Cards filled in a bit more of the space, but 44 IDs remained abandoned.

This means we could see a potential scenario where say, only 8 villager cards are released to include the missing new villagers like Raymond. Or more likely, a slightly less limited set that introduces the new special characters like Orville and Daisy Mae too. But either scenario would be far less than a full set of 100 new cards.

Nearly all of this information comes by the way of a post written by Reddit user Tyeforce — full credit to them for writing about this discovery, so that we could share it with you! It’s worth reading their entire post if you’re someone who likes to understand every detail. We’d also like to thank friends of the site Chuy and Mayor Mori for bringing this news to our attention.

Let us know in the comments below if you’d be interested in purchasing a new series of Animal Crossing Amiibo Cards, and which character cards you’d like to see included to secure a purchase!