How To Get Vegetable Seeds & Grow Produce 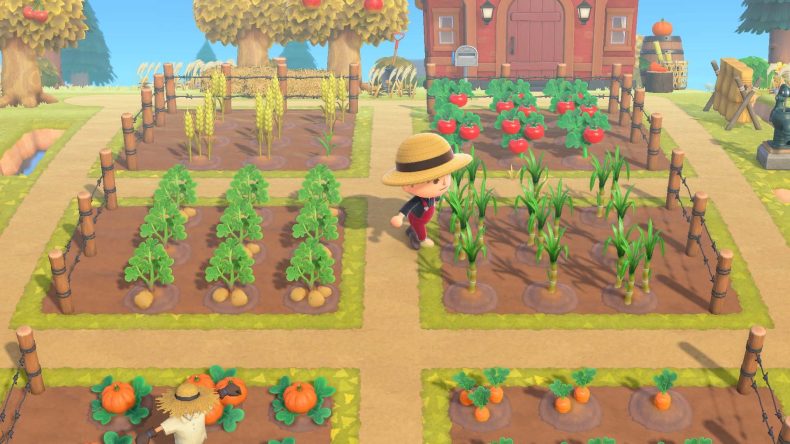 Vegetables are six new growable plants in Animal Crossing: New Horizons (ACNH) that can be farmed to harvest new cooking and crafting materials! Learn how to farm Potatoes, Tomatoes, Wheat, Sugarcane, Carrots, and Pumpkins in this guide.

Newly introduced in the massive Version 2.0 Update released on November 5th, you’ll need to have your copy of Animal Crossing: New Horizons fully updated to experience the latest Vegetables, besides Pumpkins.

There are six different types of Vegetables you can plant and grow in Animal Crossing: New Horizons with Version 2.0 including Tomatoes, Potatoes, Carrots, Wheat, Sugarcane, and Pumpkins!

How To Get & Buy Vegetable Seeds

Vegetable Seeds of all different types can be purchased primarily from Leif at his stall, either when visiting your island at Resident Services as a random visitor, or at his permanent shop within Harvey’s Shopping Plaza. 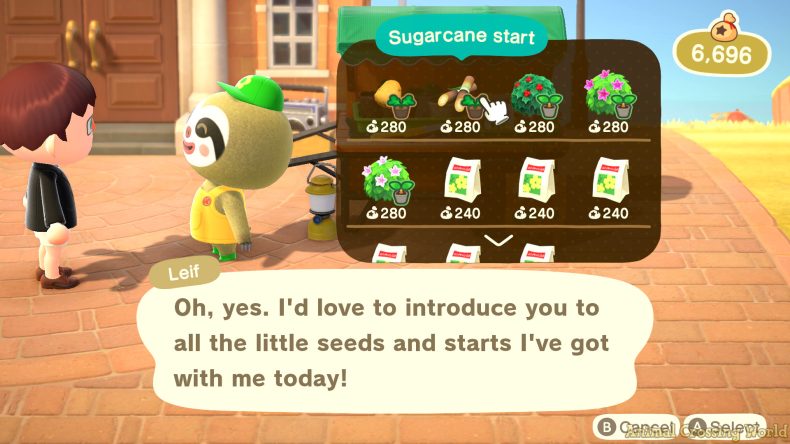 In our research so far, Leif will sell two different random types of produce seeds at a time out of Carrot Start, Pumpkin Start, Seed Potato, Sugarcane Start, Tomato Start, and Wheat Start. Each vegetable start costs 280 Bells each, or 1400 Bells in a bulk pack of five!

Exclusively during the month of October, Pumpkin Starts can be easily purchased every day inside the large cabinet at Nook’s Cranny for your convenience to celebrate Halloween.

How To Plant Vegetable Seeds

To plant your Vegetable Starts, you can choose to either stand over an empty tile of land or dig a hole with a shovel, then open your inventory to plant!

While using the Island Designer app on your NookPhone to create dirt tiles on the ground makes for great aesthetics in your pumpkin farm, it’s not required to plant and grow pumpkins. You can grow them on any piece of grass!

Once your Vegetables have been planted on your island, it’s important to water them consistently while they’re being grown as some will produce more crops later to harvest.

Look out for shining sparkles on your vegetable plants to indicate they have been watered, just like flowers! If you don’t see sparkles appear, then you should probably water a crop again.

Notice how in the screenshot above, some of the pumpkin plants have only sprouted a single pumpkin, whereas others have up to three in a batch on a single plant. If a planted Pumpkin Start is watered every single day until fully grown, it will produce the elusive three pumpkins for harvesting!

However, if a pumpkin isn’t watered as often throughout the growing process, it may only produce one or two pumpkins to harvest instead of the elusive three.

There are four stages of growth for all vegetables, similarly to how flowers are grown in Animal Crossing: New Horizons! Stage 1 reflects the first day when you plant a vegetable, with growth occurring on the days following. See an example with Pumpkins below: 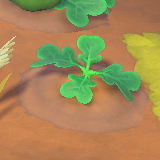 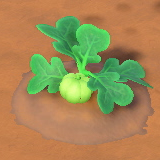 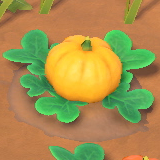 Finally, the vegetable has fully sprouted and is ready to harvest at Stage 4 on the 4th day after planting! In this example, only one produce is available, but sometimes up to three can sprout if water correctly and discussed in the section above.

When your vegetable plants have reached the final stage, a large crop of the vegetable (or perhaps multiple!) will appear above the surface lying on the plant.

That means it’s time to finally harvest your beautiful plants by pressing the Y Button when standing over top of a crop. This will pick up the vegetable into your inventory giving you valuable cooking or crafting materials, while retaining the plant for potential future growth.

Do Vegetables Regrow After Harvest?

Yes, your pumpkins can regrow, and we believe other vegetables can too! So don’t get ahead of yourself and start digging up your plants after harvesting, as they can actually continue to produce more crops without any need to purchase new starts.

What Can You Cook & Craft With Vegetables?

By farming Vegetables in Animal Crossing: New Horizons, you can use them as ingredients for the new Cooking feature with the Version 2.0 Update!

To get started with Cooking, head over to the Nook Stop Terminal at Resident Services and purchase the Be a Chef! DIY Recipes+ unlock for 2,000 Nook Miles. After doing so, your first cooking recipes will appear in the DIY Recipes app! 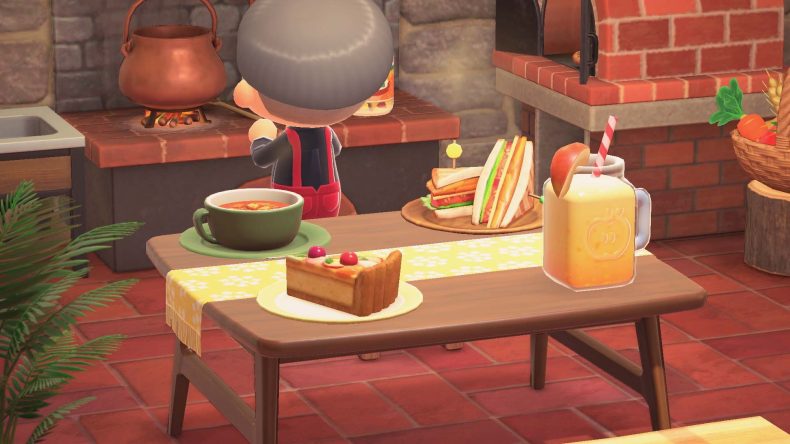 You can unlock additional Cooking DIY recipes by heading to the cabinet at Nook’s Cranny and purchasing the Basic Cooking Recipes DIY book. Learn more about the entire Cooking feature in Version 2.0 in our full guide here.

These new Pumpkin DIY Crafting recipes can learned both from your villagers throughout the month of October, and from Jack during the Halloween Event on October 31st. For more details on all of the Spooky Set items you can get and craft using Pumpkins, check out our full guide here.

In particular, Pumpkins have four different color types that they can grown in: Orange, Yellow, White, and Green. 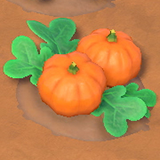 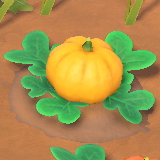 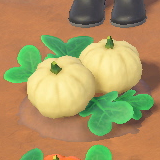 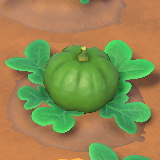 However, there’s still only a single type of Pumpkin Start available to buy and plant. That’s because a random color of the four types will grow when you plant a Pumpkin Start.

The Orange Pumpkin is by far the most common being produced more than half the time, with the other three colors being somewhat rare in comparison. Given that the Spooky Set items are all crafted initially using Orange Pumpkins, that makes a lot of sense.

But you’ll still need the other three colors of Yellow, White, and Green to customize your Spooky Set items. One great way to help grow more of a particular color you want is to plant one of the pumpkins you’ve harvested using a Shovel that matches the color you’d like to grow.

Then when that new plant is fully grown, it will begin harvesting the same color as was planted, helping you obtain as many as you want of the color you desire! It’ll just keep re-growing repeatedly to produce even more.